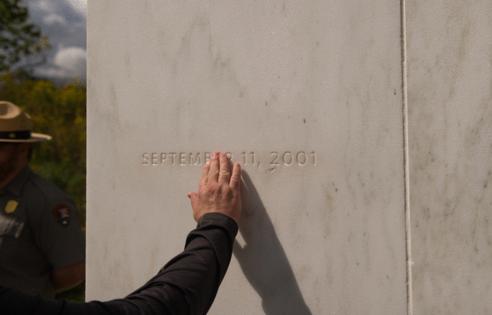 On Sept. 11, 2010 — 9 years after planes struck the World Trade Center towers in New York, at the Pentagon and crashed in a Pennsylvania field — I was hooked up to contraptions halfway across the country in a hospital in Little Rock, Arkansas, bringing new life into the world.

My twins, Kayla and Kendall, were born about 5 weeks early that day with a team of about 30 doctors and nurses standing at the ready for not-quite-emergency C-section. My water had broken the day before, but my labor never progressed and the OB filling in for my own doctor wanted time for steroid shots to open up their tiny lungs. Thankfully it worked, and they only spent about 20 minutes in the stepdown NICU with their big sister, Ava, waiting outside. These girls started out showing they’re tough.

Even with that many people crammed in an operating room, it was eerily quiet that Saturday morning, save for a few comments about that afternoon’s football game. We quickly found that when your birthday is 9/11, it tends to stop people in their tracks.

A day marked with sadness

Every time someone asks the question or reads that date on a form, there’s certainly a pause, and there’s usually a grimace of some kind on their face. Are other things even allowed to happen on that day Americans felt such collective trauma and tragedy?

As they’ve grown, I’ve noticed that even other kids take a beat when the subject comes up. A few weeks ago, Kayla was video chatting over Messenger Kids with her friend Noah, who turned 10 at the beginning of summer, as I eavesdropped while making dinner. He asked when her birthday was, and she answered “September 11.”

And then there was a long pause before the subject changed.

Young kids don’t tend to hang onto details too well, so I try to remind them each year in advance about what happened on Sept. 11, 2001, because it always comes up — how could it not? The details have long been burned in my brain.

On that day, I was on the last leg of an overnight drive home to Nebraska for a college newspaper reunion as I heard the radio announcer break in to announce that a plane hit one of the twin towers, then another. That reunion was canceled, of course, as everyone rushed back to cover the attack on our nation. The next several years of my life, I was glued to my newspaper’s wire desk, reading hundreds of stories streaming in each day out of Washington, New York and Pennsylvania, then Iraq and Afghanistan. There probably wasn’t even one day I worked in the following 5 years where I didn’t help put together a front-page story that touched some aspect of the 9/11 attacks and their aftermath.

My twins were born with a little distance from that intense time period, though. They have mostly learned about the terrorist attack in school through books and videos, and a little bit of TV news. But at the cusp of turning 11 years old, do they really grasp the gravity of what happened? I don’t think so.

I asked Kayla what she remembers about Sept. 11, and her answer was: “I only know that there were twin towers that fell, and a lot of people died. Planes crashed into them, I think.”

Kendall echoed that almost exactly: “A lot of people died.”

A change in our culture

Not only was there an enormous loss of life that day, but so many things about our culture changed.

Flying in an airplane is generally not the fun, breezy experience it once was, not to mention the requirements COVID piled on top of already cumbersome X-rays, bag searches and bare feet streaming through TSA checkpoints. The twins have never flown on a plane; their older sister Ava’s only gone once. Family in the Midwest is a two-day drive away from Charlotte, but we pack up the minivan when we get a chance to visit.

Racism against Middle Easterners — and anyone else who might appear “foreign” — exploded after 9/11. This always seems to be a problem with certain relatives who are bound and determined to spread hateful viewpoints, and it grates at my soul. Thankfully, my children know better than to suck that in and spit it back out.

Kids born in the shadow of 9/11 have also grown up with many of their parents shipping off to fight wars in Iraq and Afghanistan, 24-hour news cycles highlighting deadly bombings and a culture of TV and movies focused on war.

Plenty of people choose to shield their children from these things, thinking the weight of the world is too heavy for little ones to bear. But as a mother who has spent her life in newsrooms, working to keep the public informed about what’s happening out there, I can’t make that choice. I may keep things simple and let their knowledge build over time as they build understanding, but I think it’s important they know they have a pretty charmed life in America.

And another thing that’s always forefront on my mind, especially when Sept. 11 approaches, is that as bad as things can be out there, there is good in the world, too. We can choose joy — and sometimes we need to choose that joy — especially when there is precious life to celebrate.