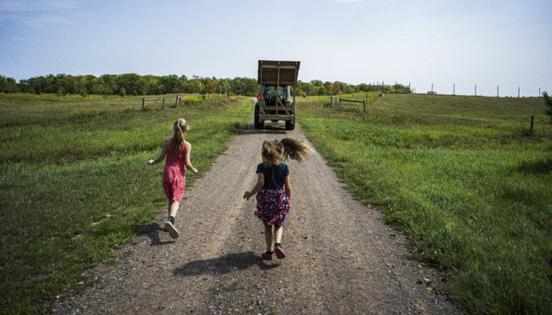 The gravel is still there. But in the midst of a bitter struggle with local officials just outside this central Minnesota city, Hillman Township supervisors informed the Crismans earlier this month that, in their view, the road has ceased to exist.

Now that it has been officially wiped off the map, the Crismans wonder whether the road will be a recognized route for mail and package deliveries. They wonder, too, whether the school bus will still come to pick up their three daughters, ages 4, 6 and 8.

Most of all, they wonder whether they could be blocked from their home by the neighbor who now controls the only access to their property, someone who's made it clear that he doesn't like the Crismans.

It's a classic city vs. country, outsiders vs. natives dispute. And neither side, wound up after more than four years of fighting, is holding back.

"People very much have the attitude that, 'You're from the Cities. You didn't grow up here. You don't belong,' " said Renee Crisman. "How dare you come up here and think you should have your road maintained that you pay taxes for?"

"They have a thing that they're way better and smarter than everybody else," said Danny Schmoll, a former township supervisor who, along with his mother, owns the land that the road runs across, adjoining the Crismans' 120-acre property.

Schmoll admits that he's given some thought to barricading the Crisman property.

"Supposedly, I could shut that road down now," said Schmoll, who raises beef cattle. "I have no intention of doing that. Their little girls have to get to the school bus. But if I could close that down for Andy and Renee, I would."

For Renee Crisman, the battle has become a matter of principle.