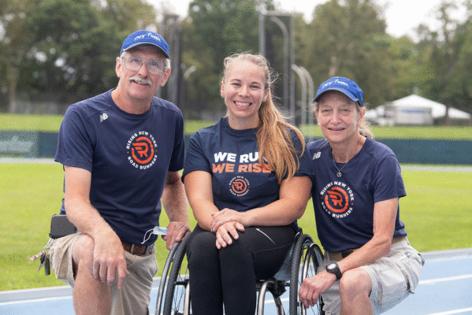 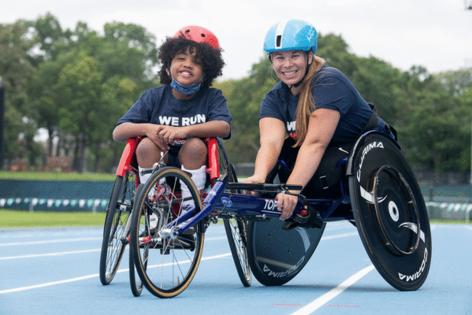 The 27-year-old Californian met live and in person Saturday with eight kids from the New York Roadrunners’ Youth Wheelchair Training program after conducting remote classes with the aspiring young athletes during the pandemic.

Despite the morning threat of rain, everything went off as planned — much to the delight of her excited students.

“It was great,” said 9-year-old Sebastian Ortiz, who finally met Rausin after Zoom sessions over the last 10 months. “It was awesome, I loved it. They made you feel like you were in the actual Paralympics.”

Rausin, paralyzed from the waist down by a 2003 car accident at age 10, was just as excited about doing some hands-on work with her young charges.

“It was amazing to finally get to meet them in person,” she said after the session at the Randalls Island stadium. “When I was talking to Sebastian, he was talking about the 2028 Paralympic Games. That’s amazing! I told him it’s completely possible if he keeps working.”

Rausin joined the group as she took a brief respite from training for a pair of upcoming marathons: Boston in October, and New York in November.

Sebastian was measured for a racing chair for the first time, a huge step toward joining in competitions. He even took a quick spin around the track.

“He did so great,” said Rausin. And Sebastian returned the compliment.

“She was awesome,” he said. “Arielle was coaching us on the track. I was like, ‘Oh my God, it’s Arielle in person.’ She asked me, ‘Sebastian, are you gonna do great today?’”