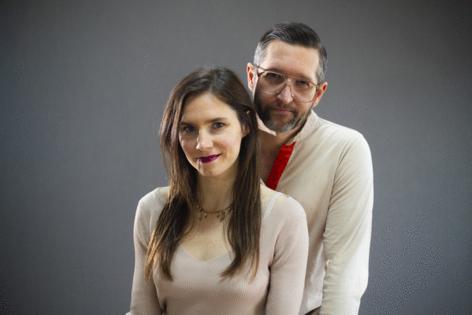 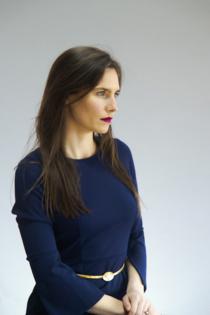 One in four pregnancies end in miscarriage, according to the World Health Organization. But while there are cultural scripts for responding to pregnancy and birth, there isn't one for miscarriage. Instead, families facing pregnancy loss often experience shame, stigma and isolation.

Amanda Knox wants to change that.

Knox, who in 2015 was exonerated by Italy's highest court after being wrongfully convicted of murder, is now an independent journalist and podcaster who co-hosts the podcast "Labyrinths: Getting Lost with Amanda Knox" with her husband, Christopher Robinson.

When Knox had a miscarriage during the COVID-19 pandemic, she made infertility the focus of a new season of "Labyrinths."

Her experience with miscarriage was isolating, she said, and brought up questions "reminiscent ... of my own wrongful conviction experience," she said. Questions like, "Why is this happening to me? It's so unfair. It doesn't make any sense," she said. "And I felt very alone. I had never talked to anyone before about miscarriage experiences."

In previous episodes of their show, Knox and Robinson have covered everything from the murder case that led to Knox's wrongful conviction (including Malcolm Gladwell's take on it) to their own wedding (it was time-travel-themed), and interviewed a variety of guests, including LeVar Burton, Washington state Rep. Tarra Simmons, journalist Jon Ronson and Samantha Geimer, the woman at the center of the Roman Polanski rape case.

But pivoting to a five-episode season about miscarriage was a way to understand and process their experience, and to make room for others to do the same. When Knox sought out stories about miscarriage on social media, she "was shocked to discover the number of people who, first of all, had these experiences, and also felt like they had never been heard or had never had the opportunity to talk about it."

"I feel like the one thing that my experience has given me the opportunity to do is to be a really good listener, and to convey what I have heard, to other people in ways that potentially people aren't primed to hear," she said. "A lot of the stuff that I talk about is really challenging. And it requires you to question some of your prejudgments about people or about certain topics or ideas in order to see the human across from you."

Knox's experience navigating the legal system — and the media narratives that followed and continue to follow her — means she's intimately acquainted with how it feels to be that human on the other side of an interview. She's experienced firsthand the difference between "someone ... really actually engaging with me and having compassion for me, and someone who was treating me like the latest click content."