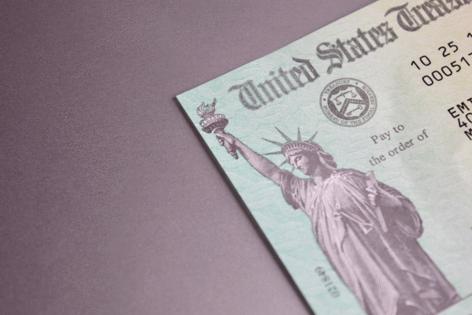 Huge numbers of people are eligible for cash under the American Rescue Plan, including the most needy Americans. But many of them make so little money, they don't file taxes, which is legally permissible but now a hindrance: Because the IRS disburses the tax credit money, so-called non-filers are unknown to them. And if you're not seen, you can't get paid.

Trying to overcome this, the IRS has set up an online portal to be used by the estimated nine million U.S. families — that are non-filers.

But, advocates report, low-income people typically use cellphones, not computers, to go online, and the portal has proven to be virtually impossible to navigate for those with mobile devices.

Beyond that, many of those who suffer from poverty are unaware of the credit, or fear government contact, or don't believe they are entitled to the money without having paid taxes.

As a result, nonprofits, local governments, and advocacy organizations are scrambling here in Philadelphia and throughout the nation to alert non-filers that there's money on the table that can markedly improve their lives.

"This has become a very big problem," said Pilar Gonalons-Pons, a University of Pennsylvania sociologist who's an expert on families and inequality. "There's controversy because the website is not phone-friendly. There's been a deficiency in outreach, and it's been left up to advocacy organizations to reach those who need the money."

Mai Miksic, early childhood policy director for Philadelphia Citizens for Children and Youth (PCCY), agreed: "There's no excuse for the federal government not doing this better, given the potential this money has to close poverty gaps. They could have done a better job informing people."

Federal officials have said that there hasn't been enough time to work out the kinks in the rescue plan, which was signed into law in March, and is already delivering money to those in need.

"I wouldn't call this a failure at all," said Beth McConnell, director of policy for Philadelphia's Office of Community Empowerment and Opportunity. "It's no one's particular fault."