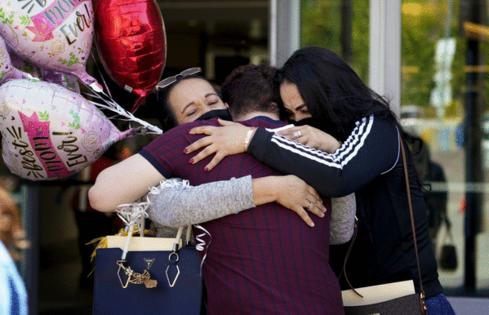 The 10-year old girl was living with her mother again, but she still couldn't sleep alone.

A year had passed since their reunion, after being separated under the Trump administration, but the nightmares still jolted her awake.

It took three months of weekly therapy sessions for her to feel comfortable in her own bed and to stop blaming family members for what happened.

"It was a horrible trauma. I feel like there's so much damage inside us," said her mother, Jhoseline, whose last name is not being disclosed due to her immigration status.

Hundreds of children have been receiving counseling from therapists, who describe a range of troubling behavior: Some of the children feel like a burden on their families and have considered suicide. Others are taking anxiety medication after spending months in detention. Nightmares are common, and children struggle to sleep alone.

Such mental health counseling is considered so important that a federal judge in 2019 ordered the federal government to pay for the sessions, saying the "zero tolerance" immigration policy had inflicted severe psychological harm through "deliberate indifference."

But the future of these services is up in the air as a government contract to coordinate them is set to end in July. The uncertainty comes just as the number of people needing treatment is expected to increase as the Biden administration accelerates the pace of reunifications.

Just this month, the first four families reunited under Biden, including children as young as 3, were brought together at the San Diego border.

The Biden administration has not confirmed whether it will extend its contract with the California nonprofit Seneca Family of Agencies, which has coordinated services for more than 400 families. Homeland Security Secretary Alejandro N. Mayorkas in a statement last week did say the government recognized "the importance of providing these [reunited] families with the stability and resources they need to heal."

A spokesperson for the Department of Homeland Security said a federal task force was working to "set up a system to provide mental health support and stability to ... families who are here in the United States and still trying to heal from the trauma caused by their separation."

LOS ANGELES – This is the story of a journey from ignorance to understanding. It's about questioning beliefs, and radical rethinking. It's about parenthood and childhood and the pandemic.

But ultimately, it's about ...Read More

They had a wonderful Chicago doctor who talked them through a path forward. But ...Read More