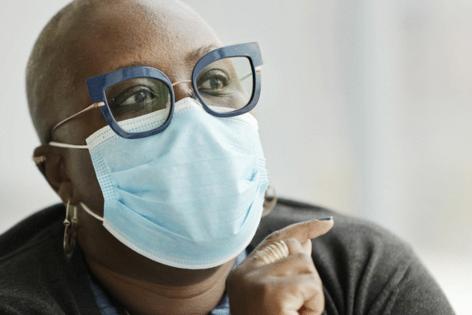 This story contains multiple references to suicide, mental illness, and self-harm. If you or someone you know is thinking of suicide, call the National Suicide Prevention Lifeline at 1-800-273-8255 or text TALK to the Crisis Text Line at 741741.

PHILADELPHIA -- America’s youth are struggling. The U.S. Surgeon General, Vivek Murthy, has warned that youth mental health is one of the nation’s “significant public health challenges.”

How early can issues be identified and treated?

Njoroge, the only infant psychiatrist at CHOP, sees children through age 5 who are already experiencing behavioral challenges, depression, anxiety, or trauma.

“It’s very hard for us to wrap our heads around a 3- or 4- or 5-year-old having these kinds of challenges, but we know that they do,” she said.

Addressing those issues early can have lifelong implications. Njoroge says that 90% of the brain develops in the first five years of life — about 75% in the first three years. Traditionally, she said, child psychiatrists see patients starting around age 6. “But if 90% of the brain is developing before that period of time, we’re really missing critical opportunities,” she said.

Njoroge worries about the impact of what is known as “toxic stress” on the brain of little kids. Stress in small amounts is a good physiological response. But when stress is constant, as it has been for some families during the pandemic, it can be incredibly damaging. “You’re literally killing brain cells that are developing,” she said. “And since 90% of the brain is formed in the first five years of life that changes everything.”

Cracks in this neurological foundation can impact a child’s cognitive abilities, motor skills, and problem solving. But the fact that the brain is developing also means that there is time to take action and prevent harm.

In Njoroge’s CHOP office, toddlers are not expected to lie down on child-sized couches and talk about their parents.

Young children might not be able to articulate what they are feeling, she says, but they can express themselves through play.

“What you will see in every early childhood person’s office is a doll house and a whole host of dolls so that the child can create whatever their family looks like,” Njoroge said emphasizing that in her office there are dolls with phenotypic differences so that children can find dolls that look like them. Other times she might use dinosaur toys to let children act out their aggression.

She is also interested in seeing how the child interacts with each of their primary caregivers. Njoroge and her team talk separately with whoever spends a lot of time with the child — parents, family friends, grandparents, aunts and uncles.

“When we see a patient, you also see their families,” she said.

And while the conclusion might be that a young child is anxious, traumatized, or depressed, other adult diagnoses do not apply in early childhood.

“Just because they have a friend that you can’t see, are they psychotic? No. They are 4,” Njoroge said.

The goal of this assessment is to make a plan that could include various forms of therapy, whether at CHOP or in the community.

Njoroge says that over the past decade, childhood mental health concerns have gotten worse, specially for Black children.

“We talk about suicidality increasing in Black children as young as five,” Njoroge said. “It’s frightening.”

In 2021, along with CHOP colleagues, she co-authored a study in the Journal of the American Academy of Child & Adolescent Psychiatry that found that preadolescent Black Americans thought about and attempted suicide at higher rates compared to their white peers, and that the increase was associated with exposure to discrimination.

In the past, she says, there was an outdated belief that only older adolescents think about suicide and that it isn’t an issue for Black children. But recent data show that none of that is true, she said.

For nearly a century, studies have shown that very young children can internalize negative ideas about having darker skin — and children with darker skin may extend those thoughts to how they think about themselves.

The impact is so profound that a pregnant woman’s experiences of racism can impact the development of their infant, she said.

“We know from this body of research that racism is like the air we breathe,” Njoroge said, adding that children are exposed directly through their experiences with racism and indirectly through those of their parents.

The solutions aren’t limited to the psychiatrist office, she said.

Talking to little children and reading aloud books about race can help them learn that “there is nothing wrong with recognizing differences in color.” She says that a workplace leave policy that allows parents to nurture their child, and breastfeed if they choose without losing income, can prevent toxic stress.

“If we do these things on the front end, then we don’t need to worry about the fact that I’m the only infant psychiatrist at CHOP,” Njoroge said.

Sandra Hartman has endured an onerous course of treatments for her stage four breast cancer — six months of chemotherapy, a mixture of pills and infusions that required her to get a tube implanted under her skin, giving ...Read More