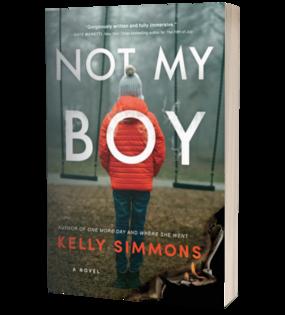 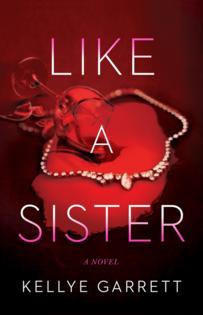 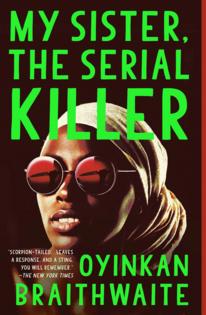 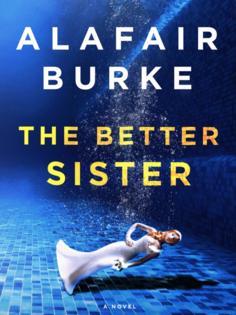 Katniss Everdeen set the bar high for sisters when she stepped in to take her sister Prim’s place in "The Hunger Games." Mary Boleyn — good move as it turned out — stepped aside to let her sister Anne marry Henry VIII.

Sisterly relationships are fraught and conflicted and seething with potential envy and opportunities for manipulation. Your sister knows your every secret, your every weakness, and she knows how to weaponize them. (Think: "Whatever Happened to Baby Jane?")

What makes “sister thrillers” so gorgeously ironic and irresistible is that sisterly relationships usually start with love and later, they … develop. “She’s your sister!” An exasperated mom will use that phrase to quell a childhood battle. “Don’t be mean to your sister. Tell your sister you’re sorry.”

Right, like we’re gonna do that, ten-year-old us thinks.

And once you have a sister, you also have that relationship, for better or for worse. Or for both. The actions of one sister inevitably impact the other, whether you’re Merricat and Constance Blackwood in "We Have Always Lived in the Castle"; or, in Karen Dionne‘s "The Wicked Sister," Rachel and Diane, sisters who battle with their memories, whether those memories are authentic or simply … convenient.

In my new cat-and-mouse sister-thriller "Her Perfect Life," television journalist Lily Atwood has spent her entire adult life searching for her missing older sister, the perfect Cassie. Everyone knows Lily, the famous reporter, and Lily wonders if, because of her fame, her missing sister will find her. Because here’s the problem: though she’d never admit it, Lily knows it would be “preferable” if her sister stayed missing. Why might a sister want her sibling to keep out of her own perfect life? Maybe the spotlight is the most dangerous place of all.

If you have a sister, you know how sisters feel. One day, it’s incalculable adoration, and the next, seething envy. No wonder authors latch on to this tempting array of emotional possibilities. How about those two little girls in "The Shining"? There’s got to be a story there. And don’t even get me started on "Cinderella."

Here are some of my favorite sister thrillers.

"The Favorite Sister" by Jessica Knoll

It’s inevitable that sisters have their brands: the smart one, the pretty one, the nice one, the crafty one. You’ve got to love the tagline of this book: no one ever suspects the good one. Here, sisters plus reality TV equals not only ratings, but revelations. Kelly (once the pretty one) is a struggling single mother and Brett (once the problem child) has found fame on the reality TV show Goal Diggers. But Kelly (still the pretty one) knows Brett (now the famous one) has some dark secrets that would definitely be career-ending breaking news. And there’s that spotlight again, shining its light on murder.

"Not My Boy" by Kelly Simmons

All they wanted to do was be together, and who better than a sister to protect you? Especially when your own child seems to have a bit of a … situation. So Hannah moves next door to her sister, hoping the affluent neighborhood and sisterly bonds will erase an iffy past. Nope. Because first a young girl goes missing, then Hannah’s son is in the spotlight. Ooh, what’s a sister to do? Whose family is more important: the one you grew up with or the one you created? Simmons — a Tall Poppy Writer — concocts a wickedly impossible family dilemma.

"The Better Sister" by Alafair Burke

In Burke’s twisty thriller, it all depends on what “better” means. Sisters Chloe and Nicky didn’t seem to have much in common as kids. Chloe was the ambitious one, and Nicky … the other one. But success came to both. Nicky marries the fabulous Adam and has a son, Ethan. Chloe is still married to her work. But, plot twist, fifteen years later, Chloe is married to Adam. And the sisters aren’t speaking. And when Adam is murdered, who do the police suspect? Ethan. This is the sisterly stuff only the brilliant Burke could untangle, and there’s a gasp-worthy surprise around every sisterly corner.

"My Sister," the Serial Killer by Oyinkan Braithwaite

Someone called this “a hand grenade of a novel” about a Nigerian woman whose younger sister has a very inconvenient habit of killing her boyfriends. What if you thought your sister was a murderer? And instead of ghosting her ex-boyfriends, she executes them? Okay, that’s not funny when I write it, but it is when Braithwaite does. “My sister is a psychopath!” Many sisters have said that in a moment of frustration. But yeah, here? It might be true. Now what? And are you going to tell?

Sisterly envy at its pitch-perfect perfection, Hannah Mary McKinnon’s trademark dark humor and riveting storytelling lead readers through a terrific page-turner. You’ll think you know exactly what’s going to happen, and then, wow. You are wrong. So very wrong. Wimpy, scrimpy, pitiful sister Eleanor: gorgeous, beautiful, rich Victoria. Why does Victoria get all the good stuff? Aren’t sisters supposed to share? Quiet little Eleanor has been waiting far too long for her turn to play. And now it’s game on.

Award-winner Garrett is about to be even more of a household name with her debut thriller "Like A Sister." The fabulous reality TV star Desiree Pierce is found dead in the Bronx. The cops and the media say “overdose,” so sad. But Desiree’s half-sister Lena Scott says “not so fast.” It’s not that Lena is a fan of her sister — but she is a fan of the truth. And she’s determined to find it, which, in this case, might not be the safest decision. Knife-edged and knowing and deliciously twisty, this is a riveting and taut examination of sisterhood and justice.

"The Line Between" by Tosca Lee

Sisters in a cult! A devastating disease, coveted medical samples and a relentlessly ticking clock: when sisters Wynter and Jaclyn Roth enter the New Earth religious community as children, they have little idea that their mother has brought them there for a fresh start away from their dangerous father. When Wynter escapes fifteen years later she has only one mission: get her older sister Jaclyn out. Tall Poppy thriller queen Lee creates a taut thriller with true heart.

"Truth Be Told" by Kathleen Barber

Did you see the Apple TV+ series with Octavia Spencer and Aaron Paul? It also stars two sisters, Josie and Lanie. After their father was murdered, the sisters tried to recover. But their choices were … well, this is a thriller full of secrets, so it’s difficult to tell without giving something away. But when a popular podcast reopens the murder case, the sisters’ relationship is reopened, too. And when the truth is told, the sisters will be forced to face it. The book is terrific, and the TV show is, too. But the two are different, so read, then watch. Both are riveting.

One final note. I have three sisters, and as the oldest, let me take this moment to apologize to my dear sister Nancy, for (so many years ago) making up the rules for Monopoly. The older sister does not actually get to have two turns in a row. Sorry, Nanc. And you probably know that by now. But no, you still cannot borrow my new sweater. And don’t tell Mom.