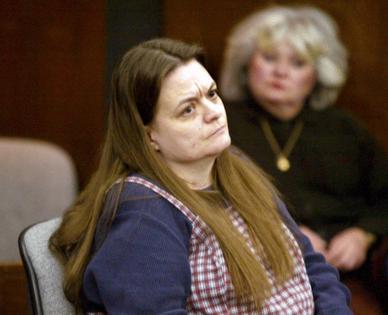 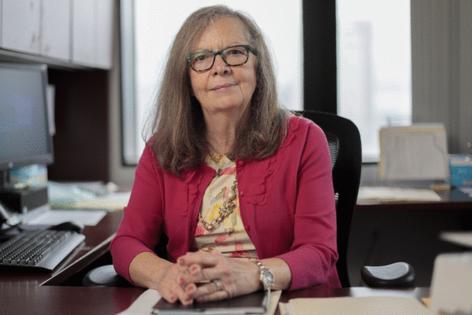 COLUMBUS, Ohio — During her first two decades as a pediatric forensic pathologist, Dr. Janice Ophoven was a true believer in what's long been known as shaken baby syndrome.

That changed in 2001, as she explored questions being raised by some scientists about whether brain damage routinely attributed to a baby being shaken could have other causes.

"I remember waking up, so to speak," Ophoven said. "I realized I had bought this theory hook, line and sinker, and that there wasn't scientific evidence to certify that it was legitimate."

Evolving science regarding the head-trauma deaths of infants was among the issues in the recent exoneration of a Columbus babysitter who had spent nearly 18 years in prison after a Franklin County jury convicted her of murder in the death of Samaisha Benson, a 9-month-old girl in her care.

Questions raised on cause of head trauma in 2003 case

Kim Hoover-Moore, 57, was released from the Ohio Reformatory for Women on Oct. 21 after the Franklin County prosecutor's office conceded that she deserved a new trial, then dismissed all the charges against her.

Key to freeing Hoover-Moore from a 15-years-to-life sentence was an affidavit by Dr. Patrick Fardal, a forensic pathologist for the Franklin County coroner's office who performed the autopsy on the baby and testified for the prosecution at trial. Fardal, now in private practice in Dublin, recanted the testimony he delivered against Hoover-Moore at her 2003 trial.

"I cannot conclude at the present time, pathologically, that the injuries suffered by Samaisha definitely occurred within the time window that Ms. Hoover-Moore was in charge of her care," Fardal wrote in a 2018 affidavit.

His reconsideration of the case came at the request of attorneys at the Ohio Public Defender's Wrongful Conviction Project, who represented Hoover-Moore in her bid for a new trial.

Fardal did not respond to interview requests from The Dispatch.

Dr. Ophoven, whose consulting firm is based in Minnesota, came to an even stronger conclusion than Fardal after reviewing the autopsy, including tissue slides, for Hoover-Moore's attorneys in 2016.

In examining the slides under a microscope, she recognized obvious signs of a skull fracture that was healing at the time of Samaisha's death.

"The child was suffering from severe, pre-existing intracranial injury that pre-dated her collapse and death by many days to several weeks," she wrote in her review of the case. "Misinformation and misinterpretation of the evidence led law enforcement to believe that the fatal injuries must have occurred while Samaisha was at the residence of her babysitter... This is absolutely not correct."

Hoover-Moore, who declined a request by The Dispatch to be interviewed for this story, reached out to the Wrongful Conviction Project about 10 years ago, shortly after it was created by the state Public Defender's office.

"At the point we opened up her case, we were aware of the emerging questions surrounding shaken baby syndrome, so there were red flags," said Joanna Sanchez, director of the Wrongful Conviction Project and the lead attorney for the exoneration effort. "That really is the entire case. It's completely a medical case."

But getting prosecutors to see things their way took years.

First Assistant Franklin County Prosecutor Janet Grubb said the decision to dismiss the charges against Hoover-Moore was driven by Dr. Fardal's changed testimony and the deaths of two crucial prosecution witnesses. The deceased witnesses include the baby's father, who was accused by the defense of causing the fatal injuries.

"We could not prove, with proof beyond a reasonable doubt, the narrow window that was relied upon in the original trial," Grubb said.

But the dismissal should not be interpreted as a sign that the office of Prosecutor Gary Tyack, who took office in January, is casting a skeptical eye toward previous convictions in cases of fatal head injuries to children, she said.

In fact, the prosecutor's office is vigorously opposing a motion for a new trial filed by Alan J. Butts, who was convicted of murder in 2003 for what the state argued at the time was the shaken-baby death of his girlfriend's 2-year-old son.

Butts, 40, who is serving a sentence of 15 years to life, was the subject of a six-day hearing in May on his request for a new trial. The judge in the case has yet to make a ruling.

Donald Caster, an attorney with the Ohio Innocence Project at the University of Cincinnati, which is representing Butts, said there are similarities with the Hoover-Moore case.

"We're dealing with the same time period and the same understanding of shaken baby syndrome that existed at the time of conviction," he said. "We presented at the hearing three experts, who said, basically, 'Look, knowing what we know today, this doesn't look like abusive trauma.'"

Butts' defense team contends that the boy was suffering from severe pneumonia, leading to breathing difficulties and a lack of oxygen to the brain, "which will cause the brain to do things like swell and bleed," Caster said.

What is shaken baby syndrome?

The concept of shaken baby syndrome emerged in the early 1970s, based on papers published by two separate doctors who expressed concern about the potential harm that shaking a baby could cause to an infant's vulnerable brain.

The theory evolved into the belief that a so-called triad of injuries — swelling of the brain, bleeding on the brain and bleeding behind the retinas — were proof that a baby had been shaken by someone.

In the intervening years, research has determined that there are reasons other than physical abuse that can lead to such damage.

"At the time of (Butts') trial, there were doctors who testified against him that if you saw retinal hemorrhages, you could be certain that shaking was the cause of that injury," Caster said.

Another frequent contention was that serious injuries suffered during a shaken-baby episode would lead to a rapid loss of consciousness, and thus the person who was with the child when that medical emergency occurred was the likely abuser.

The state's case against Hoover-Moore hung on that medical assertion.

Samaisha's father had dropped her off at Hoover-Moore's North Side home on Dec. 1, 2002 at about 2:55 p.m. Less than four hours later, Hoover-Moore called 911 to report that the child was having trouble breathing and holding her head up.

Two doctors for the prosecution testified that the child's death was the result of "shaken baby impact syndrome."

The emergency-room doctor who treated the baby at what then was Columbus Children's Hospital told the jury that such abuse "usually renders the baby lifeless within minutes." The fatal injury, he testified, "would have been within minutes of the 911 call."

Ophoven is convinced that countless parents and caregivers are imprisoned due to that unreliable claim surrounding head trauma deaths of children, calling it "a scandal."

She said she and other forensic pathologists who question the science behind some of the convictions are "pretty much across the board attacked as denialists and mercenaries."

Grubb, of the Franklin County prosecutors office, would say only that Ophoven "and other people who agree with her are generally not viewed as mainstream."

The American Academy of Pediatrics has discouraged the use of the term "shaken baby syndrome" since 2009, preferring the term "abusive head trauma." Grubb prefers the latter term as well, and remains steadfast in her belief in the science behind it.

Ophoven said she is anything but a child-abuse denier.

"I make the diagnoses of child abuse at least once a week," she said. "I don't have any problem calling it when I see it. But in (Hoover-Moore's) case, the wrong person got accused."