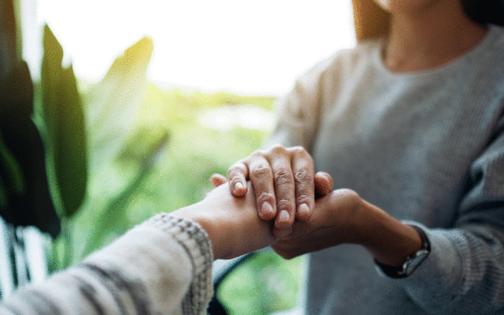 DALLAS -- When Tracy Matheson set up the soft interview room at the Mesquite, Texas, Police Department on Aug. 27, she wished she didn’t have to. The Fort Worth resident wishes the other 30 rooms she has created around Texas and the nation weren’t needed to help sexual assault survivors as they recall one of the most traumatic moments of their lives for investigators.

Matheson would trade all these rooms if it meant her 22-year-old daughter Molly Jane was still alive. A mother’s worst nightmare — rape and murder of her daughter — led Matheson to create Project Beloved: The Molly Jane Mission, a nonprofit with a mission to “educate, advocate, and collaborate to change the conversation about sexual assault and empower survivors to find their voices.”

Molly Jane was killed in April 2017 in the garage apartment she rented near the Texas Christian University campus in Fort Worth. Her suspected murderer awaits trial in Tarrant County, one that would have started when the COVID-19 pandemic forced many courtrooms to a halt.

In the aftermath of Molly Jane’s rape and murder, Matheson said she had to do something to ensure her daughter’s story was a “catalyst for change.”

“I had to take our story and help it be used to make a difference,” Matheson said.

Project Beloved’s first mission was creating “Beloved Bundles,” string backpacks containing clothing, hygiene products, flip flops, a stress ball and a coloring book to give to a survivor after a forensic medical exam following an attack.

“Oftentimes, law enforcement needs the clothing for evidence and victims are left to be sent home in scrubs for evidence, or evidence is not collected because there’s nothing to give them to change into,” Matheson said. “So we wanted to give them this Beloved Bundle so they can take a shower, they can brush their teeth, they can comb their hair... They can put on these clean fresh clothes and walk out of the hospital with dignity.”

Project Beloved partners with hospitals and rape crisis centers around the country and has donated more than 8,000 Beloved Bundles so far.

Matheson also made it her mission to make it easier for law enforcement in Texas to cooperate on sexual assault investigations by pushing for a bill now called Molly Jane’s law.

Another key initiative Matheson brought to life through Project Beloved was the soft interview room, a space designed to put survivors of sexual assault at ease during an investigation. Interview rooms are transformed into something more like a living room in a home than the often cold, stark and sterile interview rooms police normally use.

“Those who are coming to a police department to speak to law enforcement are probably not looking forward to it,” Matheson said. “They’re going to be asked to retell perhaps the greatest nightmare they’ve ever experienced.”

She has created rooms in cities across Texas, including Fort Worth, Bedford, Austin, Temple and Killeen, as well as at colleges like the University of North Texas, Angelo State University and University of Louisiana at Lafayette. There’s even one at the Department of Homeland Security in North Carolina, and other cities across the nation.

The room in Mesquite came together after Mesquite Police detective Blake Stillwagoner saw Matheson speak at the 2019 Conference on Crimes Against Women, where she discussed Molly Jane and the work of Project Beloved, including the benefits of a soft interview space for survivors.

The detective later reached out to Matheson about Mesquite Police Department getting its own room from Project Beloved.

“Pretty much the process is, you ask and we say yes,” Matheson said.

Mesquite is the third police department in D-FW to receive a Project Beloved room, and the 32nd room sponsored by organization in the nation, according to a city press release. There is a backlog for rooms until at least April 2022.

Stillwagoner — who has been with the Mesquite police force for eight years — investigates crimes against persons, which includes family violence, domestic abuse, physical abuse of children, sexual abuse of children and sexual assaults involving adults.

Speaking to the police can often be nerve-wrecking for survivors, he said, especially when recounting intimate details of an attack. Having a soft interview room with weighted blankets and floral art on the walls is one tool to help put people at ease.

“I believe coming into these rooms is the very first step for somebody on their journey to get justice, as far as being a victim,” Stillwagoner said. “This room helps everybody calm down and not feel as embarrassed, like they are in a doctor’s offices. Instead, it’s more like a living room or like a therapist’s office.”

Stillwagoner said the department’s homicide detectives actually used the room the first night it opened to interview a women whose boyfriend killed himself in front of her.

”They brought her here just because it’s a little bit more warm and inviting. And [investigators] said that worked really well,” he said.

“[Investigators] can approach these victims with a lens that understands trauma with the end result being that you would get better evidence, more evidence to be able to lead to an arrest, to then lead to a prosecution, and ultimately a conviction and take a rapist off the street,” Matheson said.

Traditional interviewing tactics are typically fact-based conversations, Stillwagoner said, where investigators want to get information as quickly as possible in order to catch a suspect. In contrast, investigators trained in trauma-informed interviewing learn how different people react to trauma and respond with care and support.

“People who haven’t been trained in trauma-informed interviewing skills may take somebody who can’t remember all the details of what happened to them as maybe lying or withholding information,” Stillwagoner. “But understanding trauma, that happens. It’s very common actually for fine details to get lost in the mix after a traumatic experience.”

This approach to interviewing allows investigators to slow down the process and make the survivor feel safe and heard, he said. Stillwagoner encourages friends or family members to come sit in the room as survivors give statements to make them feel safe.

Detectives trained in trauma-informed care also learn how to set up the interview so survivors feel comfortable with investigators, connecting on a more personal level than during a normal interview.

“With how much has gone underreported, a lot of us have family members — cousins, nieces, sisters — who have been sexually assaulted or physically abused,” Stillwagoner said.

A 2015 University of Texas study found that only 9% of victims in Texas report their experience with the police. A survivor’s upbringing, religion and culture can contribute to feelings of embarrassment, shame and second-guessing themselves, Stillwagoner said, leading people to not report until years later, or sometimes not at all.

But the Project Beloved founder said everyone — law enforcement, the criminal justice system and society — can do more for survivors of sexual assault by changing the conversation around rape.

“Those of us might be asked to sit in a jury box one day and are asked to determine whether or not consent was given, and sadly, I think people do not have a real clear understanding of what consent is and and what consent is not,” Matheson said. “Those few cases that actually do make it to the court, it is an uphill battle because so many people have a bias, and they place blame back on the victim. But the only thing that causes sexual assault is a rapist.”

Deneen Day would visit her mother from afar, but...Read More