The problem with pull-ups 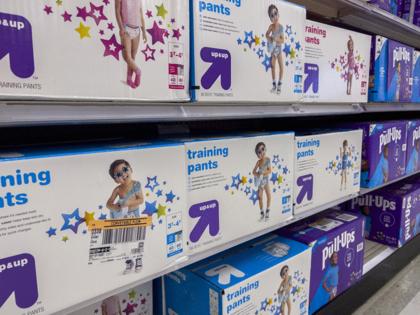 I finally tracked down the fellow who invented the so-called “pull-up.” His name is Lucapher (Big Lou) Saytan. Reputedly, Mr. Saytan lives in an underground bunker from which he develops and markets various nefarious technologies, the most notable of which are the so-called “smart”phone and video games.

All kidding aside, a number of years ago, I began to notice an significant increase in the number of parents whose 4-, 5-, and 6-year-old children were still wearing diapers. In every case, it appeared as if an otherwise intelligent child’s toilet training module had crashed.

Before I go on, and to keep the parasites at bay, I am obligated to inform the reader that correlations do not prove cause and effect. They point to the possibility of cause and effect, but pointing and establishing are two different things.

Therefore, that 9 out of 10, by my estimate, of these kids were wearing pull-ups does not establish that the highly absorbent loincloths bring about a delay — including the myriad of problems associated with delay — in self-control over elimination.

But it might. I happen to think there’s a strong link. The name “pull-ups” gives the impression that small children are able to pull it down (and then back up) when they want to use the toilet, which, in my poll, was almost never.

Consider that the pull-up is essentially a disposable diaper without tape closures. When a child poops in one, you don’t want him trying to pull it off because, well, use your imagination. Parents don’t even want to extract a child from a soiled pull-up because of the massive cleanup job that ensues, which explains why they sometimes cut it off with scissors, which must then be sent to the Centers for Disease Control and Prevention for sterilization and disposal. Lawyers are reading this, so I should point out that I was kidding about the CDC.

Over the years, I’ve counseled with hundreds of parents who were using pull-ups with older preschool children who should have been (and could have been) completely trained by their second birthdays. Yes, thanks to the Freudian toilet training mythology of pediatrician T. Berry Brazelton, the pediatric community promotes the wholly false notion that waiting until well after a child’s second birthday is going to be to the advantage of all concerned. Does it involve more frustration to house train a 4-month-old puppy or a 1-year-old dog? Hello?

My theory is that because pull-ups feel no different from diapers, they often result in the same behavior — to wit, pooping and peeing without consideration of time or place. Furthermore, because of its super absorbent property, a child wearing a pull-up experiences little or no discomfort when they urinate in it; therefore, the process of toilet training is extended.

Have you noticed that pull-ups are now made in sizes that fit school-age children? Doesn’t that speak volumes?

Regular readers of this column are no doubt familiar with my imaginary friend, The Doctor. I often call upon him to solve behavior problems of various sorts concerning young children. Well, The Doctor has done it again! ...Read More

Q: I’m a single mom who works from home. At noon, I pick up my 5-year-old from half-day kindergarten. Because I’m unable to pay attention to her while I’m working, she wants to watch television for the rest of the ...Read More

Q: Getting my daughters, 15 and 13, to pick up their clothes from the floors of their rooms requires constant nagging from me. I’m at my wits' end. Please help me out with this. It’s driving me slowly insane.

Q: My grandmother maintains that her children – my mother and her two siblings, all born in the 1950s – were completely toilet-trained at 18 months. Her terse explanation: “I just gave them proper instruction.” My ...Read More