Tighten up deadline for adult child to move out 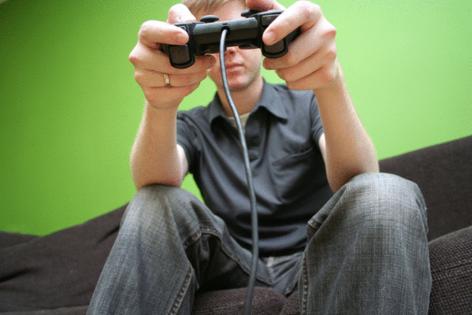 I’m talking to the parents of a 21-year-old male, who instead of going to college or into the military, delivers pizzas, eats pizzas (he gets an employee discount) and plays video games. I’m having déjà vu. I’ve had this conversation before, many, many times.

“Um, well, that’s enough time for him to figure things out, isn’t it?”

“Why not a month? A year just gives you 12 months to come up with excuses for not following through.”

They look at each other like they’ve just seen a ghost.

“Um, well, um, I mean,” the father stammers, “What if he’s not ready in a month? What do we do then?” He looks at his wife, the child’s mother, who is looking at him somewhat sternly, and then says to me, “Um, I don’t really think a month is enough time.” He can read his wife’s mind, I see.

“Why not? What you do is one day when he’s out delivering pizzas, you go in his room, unplug his video game, gather it up, take it to your workplace and put it in a safe or something. Then, when he comes home and discovers it missing and begins to go into withdrawal, you tell him that when he moves out, he gets his video game console back. Not until then. He’ll probably be gone in a week. You want him gone, right?”

The parents look at each other, then back to me in silent shock and bewilderment. I’m a psychologist. I can read minds. They are beginning to regret they ever sought my advice, especially the child’s mother. She is freaking out. Obviously, I care nothing for her maternal instincts.

She finally speaks up. “John, now really, a month is hardly enough time for him to get his act together.”

“I disagree and I’ve had a lot more experience at this than you have. He’s intelligent. He has a valid high school diploma. He knows the difference between right and wrong. He has no incapacities. He even has a car. When I was 20, a year younger than your son and without a car, my 19-year-old future wife and I figured out in less than a month what you want your son to figure out and we got married and moved into a three-room apartment in someone’s basement and never looked back. Your son can do this. You just have to disappear the video game and use it as a carrot, and a huge carrot it will be.”

Much to my amazement, they did it, probably after throwing up several times. And a month later, their son was gone with his video game, and a year later, he was still gone and figuring it out, one step at a time. He had an apartment, two jobs, a roommate, a car, and was playing his video game less and less because sleep was the more pressing priority.

Most important, perhaps, this young adult’s mother was still of sound mind. Sounder, even.

You can do it too. Remember, no pain, no gain.

A: Answering your question requires that we first unpack the word “parenting.” The definition is simply �...Read More

It seems to be generally true that as one gets older, the habit of reminiscing develops. Looking back seems to be a function of getting closer to the final curtain. The closer the latter, the more of the former in which ...Read More