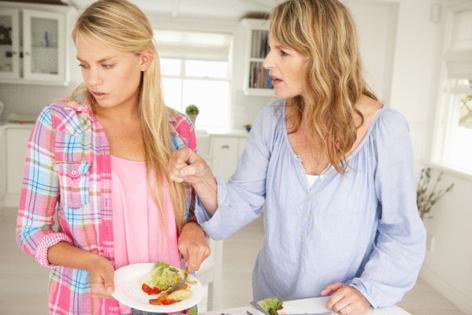 It seems to be generally true that as one gets older, the habit of reminiscing develops. Looking back seems to be a function of getting closer to the final curtain. The closer the latter, the more of the former in which one indulges. In that regard, I indulge in an optimistic amount.

I often reminisce about my paradoxical childhood. My parents were a mess, and so were their marriages — of which, between them, there were four. By any objective measure, I should not have turned out well. My mother and stepfather — who came into my life when I was 7 — may have been in love, but they didn’t seem to like one another at all. That makes for a certain amount of constant tension. In my case, the tension was interspersed with periods of sheer chaos. I spent a lot of time in my room, voluntarily.

During her single parent years, my mom was the parent the proverbial doctor ordered. After her remarriage, she came apart at the seams. But for all her unraveling, she still managed to do some things right, the most significant of which was she let me find my own way. Whether by design or a lack of emotional resources, she left me alone as I wandered rather aimlessly over the landscape of young adult life.

A straight-A student in high school, I went to college, promptly joined a rock band (lead singer) and two years later had a GPA of 2.1, which in those days was two-tenths of a point away from Vietnam. Neither Mom nor the ersatz father figure ever said a thing.

Today’s parents, by and large, would be calling the dean, calling professors, making trips to campus, making early morning calls to get me out of bed, “helping” with term papers (i.e. serving as ghostwriters), sending care packages, hiring tutors, trying to get me diagnosed with something sufficient to obtaining academic dispensations on my behalf…in short, micromanaging and enabling from afar.

No such things emanated from Westchester, Illinois. Only a benevolent silence. Rarely did I even come home during breaks, and rarely did they even ask where I was going.

At the end of three years in school, I was still considered a sophomore. It was then that a psychology professor took interest in me and pulled me out of the ditch to which I’d become complacently accustomed. Serendipity? Fate? God’s hand? Who knows? In any case, I married, became a father, got into grad school, finished with honors and figured out the rest.

The moral of the story: Sometimes, good parenting consists of doing nothing but biting one’s nails to the quick in agonizing secrecy.

I talk to a good number of parents who are dealing with young adult children who, more or less, fit the above description. Most of them are trying to fix it. Most of them are attempting to correct bygone parenting blunders that may or may not — probably may not — account for their children’s foibles. They are, to a person, wasting their time and grinding themselves down to the nub in the process. At this point in their children’s lives, etiology is not the issue and any speculations along those lines, even coming from a mental health professional, are purely speculative and unverifiable. Said parents simply need to stop trying to fix it.

Which, truth be known, is the most difficult of all parenting hurdles to clear. The good news, for those who manage to clear it: It will most likely be the last.