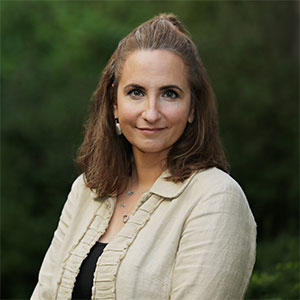 I learned this week that first-grade math is too hard, my joints are falling apart and fake eyelashes are a demonic creation.

First, my son came home with a word problem. We sat down at the kitchen table to read:

"If there are twice as many blue balloons as red balloons and two more yellow balloons than green balloons, why is Elon Musk spending so much time arguing with Stephen King on Twitter?"

"Isn't this ... algebra?" I grumbled while scribbling furiously on a sheet of scratch paper.

"It's really hard math," I said as the sweat popped up on my forehead. "Math that Mommy didn't do so hot at in school, which is why she ended up a journalist."

Eventually, between the three of us, we solved the problem, but then I decided to put on fake eyelashes.

At the drug store, I also bought fake nails, the super-long kind that make it impossible to type, open a soda can or wipe your butt.

Maybe I thought the lashes and nails would make me look more feminine. I've cut off most of my hair, to help grow out the gray quicker, and from certain angles I look a little too much like my brother.

I had surgery on my knee recently, the second in a series of operations to correct a problem with my ACL, the problem being that I don't have one.

You're a parent. You're busy. And, if you're anything like me, the last time you paid to see a movie in the theater, it was back when we thought COVID would be over by the time Pete Davidson had found another out-of-his-...Read More

Everyone's complaining about how expensive eggs have gotten lately, but I haven't been stressing.

I've always bought the extra-pricey eggs anyway, the ones with the drawings of flowers on them, the ones that promise the...Read More

I was at dinner a few weeks ago when the cold hand of approaching death smacked me in the face.

The blow came as I looked at a picture of my husband's friend, a guy I'd last seen 20 years ago.