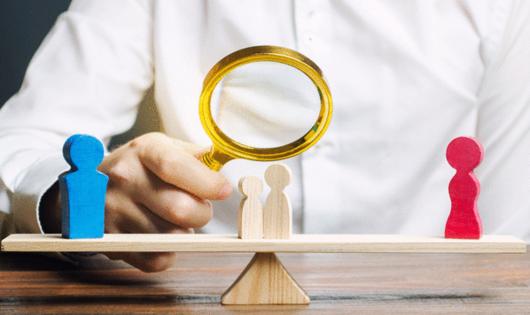 Q. My ex and I have been split up for two years. He had an affair and left. He’s living with her and seems happy, but that’s not the real issue. We have four children, all 18 and older. I know we must co-parent, but his take on things that have happened concerning the kids is so different than mine, it’s obvious he’s lying. When I confront him about the lies, he acts like I’m crazy. He undermines my parenting, sets me up for failure and each time I try to defend myself, it doesn’t matter. The kids are taking his side, and he’s the one who cheated! I don’t know what to do. What’s good ex-etiquette?

A. It is very difficult to assess and then offer suggestions when I am only hearing from one side, but it seems what you are saying is that it wouldn’t matter, anyway. He would lie about what happened. So I will offer my take on the big picture.

I have no idea who is right and who is wrong. I have no idea who is lying and who is not, nor would any co-parenting professional, even if you both sat in our office and continued the narrative. But the truth is, it doesn’t matter. When children start taking sides, it is out of desperation. Their parents have lost sight of what is important — the children. They are locked in a war of who is right and who is wrong. Who said this and who said that? Who bought this and who bought that? Most parents who are in the position you described feel as if being right is less important than the other parent being wrong. So they are locked in a battle of wills, accuse each other of lying, of undermining them, or of being just plain crazy. Meanwhile, the kids are simply looking for a place they feel safe.

Let me reframe something for you. There’s a car accident. Two people saw it happen. Would you be shocked if there were two different accounts of the same accident? Would you say one person was lying and the other telling the truth, or would you accept it was literally a different point of view and their perception of the accident was different?

Your children’s father could be setting you up, but he could also honestly have a completely different perspective to whatever “happened concerning the kids” than you do. The key word: kids. It’s about them. When you and dad put aside trying to prove who is right and who is wrong, your children will not be forced to choose between you. They will not have to take down both your statements like the police after an accident and then decide who they are going to believe. Neither of you will have to defend yourself because you will both be on the same side — for your children.

When you are in this position, it is difficult to know exactly how to put the kids first. Go to co-parenting counseling with a professional who refuses to be your referee. You need a coach. That’s good ex-etiquette.

Q. Five years ago my wife passed away suddenly of a heart attack at age 43. I have since met a wonderful woman and we have been seeing each other for three years. My daughter, 14, gets along with her and her 11-year-old ...Read More

Q. My 8-year-old daughter, Jesse, wants to be a sexy witch for Halloween. Her mother thinks it’s perfectly fine, but I don’t want my daughter walking the streets of the neighborhood looking like that. (We live about a ...Read More

Q. My 7-year-son continually comes back from his father’s home with bruises on his knees and shins. I have asked my son where they come from, and he doesn’t seem to know. Although his father was quite conscientious ...Read More

Q. My daughter is 13. Her father has remarried a woman who has two boys, ages 14 and 16. Both adults work and once the kids get off school, all three are left alone in the home until the adults return. I do not believe ...Read More