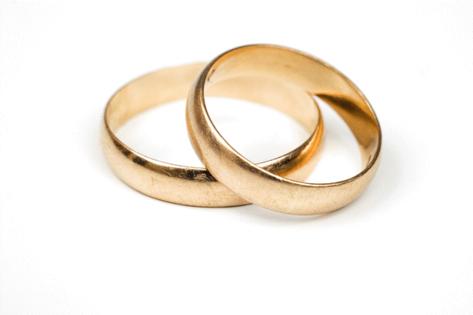 Q. Five years ago my wife passed away suddenly of a heart attack at age 43. I have since met a wonderful woman and we have been seeing each other for three years. My daughter, 14, gets along with her and her 11-year-old daughter very well. We are considering marriage, but within the last year my daughter has changed. She has become self-centered and very intolerant of my fiancée. It’s become such a problem that my fiancée and I are thinking about putting our wedding plans on hold. What’s good ex-etiquette?

A. Studies show that people who want to marry again after a spouse has passed indicates they had a happy marriage and look forward to creating the same sort of relationship again. However, the children of the deceased parent may not feel the same way. It’s quite probable your daughter feels that by getting close to someone else, she is betraying the memory of their own mother. The nicer your partner is to your daughter, the more belligerent your daughter becomes.

There may be other issues contributing to your daughter’s behavior.

First, she’s 14. There are all sorts of changes 14-year-olds face that they may not be expecting — and neither are their parents.

It’s usually around 14 that teens have their first serious crush. They are dealing with body image and raging hormones as well. This can make them moody and unpredictable and see things only from their own perspective. A young teen may not have the emotional capacity to stand back and analyze why they may be feeling something and then adjust. They just react. Unfortunately, although it sounds very young, 14 is also an age when many teens bend to peer pressure and consider experimenting with drugs and alcohol. (If you are seeing sudden personality changes, grades are falling, changes in friends, experimenting with drugs and alcohol may be something to consider.) Take all these things that are difficult for any young person to deal with and add the fact that she lost her mom and you want to remarry, and that could be bringing up all sorts of unresolved feelings.

How to deal with it? The best thing you can pass on to your daughter is that loving your fiancée in no way diminishes the love or close relationship she had with her mother. They are two separate people and should not be compared. It’s right for her to have a special place in her heart for her mother and she's not betraying anyone by also accepting someone else. The definitive word here is "also," not "instead of." When she can personally make that distinction, the acceptance and "blending" will get easier.

We all move on at our own speed. Some of us can only take baby steps, but it’s all done in our personal time frame. Because it’s been five years since the passing does not mean your children don’t need counseling now to deal with their feelings. Ask their counselor at school for some names of therapists who specialize in talking to teens. And you may want to postpone the wedding for a short time. Going too fast will sabotage the blending effort. You will know when it’s the right time. That’s good ex-etiquette.

Q. My 8-year-old daughter, Jesse, wants to be a sexy witch for Halloween. Her mother thinks it’s perfectly fine, but I don’t want my daughter walking the streets of the neighborhood looking like that. (We live about a ...Read More

Q. Having a daughter was not planned. My child’s father and I were in college and not as careful as we should have been. Being so young, we discussed very little prior to having our child and when we broke up, agreed on ...Read More

Q. My daughter is 13. Her father has remarried a woman who has two boys, ages 14 and 16. Both adults work and once the kids get off school, all three are left alone in the home until the adults return. I do not believe ...Read More

Q. It’s a new year and I’d really like to put my best foot forward with my co-parent. This Christmas, my holiday backed up to her weekend and we had to return my son to her the day after Christmas just to sleep, only ...Read More