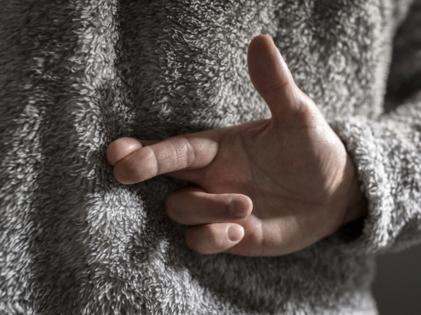 Dear Mr. Dad: I don’t know how to put this nicely, but my 7-year-old son is a liar, a cheater, and a thief. He fibs — usually straight to my face — every chance he gets, and after several recent trips to grocery stores, I found that he’d stolen some small items. What have my wife and I done wrong? And what can we do to stop this before it gets truly out of hand?

A: The first thing to do is relax — your child’s bad behavior isn’t a referendum on your parenting. In fact, as unpleasant as it is, in some ways, it’s actually an important development. Child development experts generally agree that before age 6 or so, kids have no clear understanding that lying, cheating, and stealing are wrong — they believe, rather naively, that everyone knows the same things. But at about age 6, children discover what’s called Theory of Mind, which means that they’ve figured out that different people see the same situation in very different ways, that they don’t always know what’s going on inside other people’s head, and that no one will know what’s truly going on in theirs unless they tell them.

The lies start small, such as whether they've washed their hands or gone to the bathroom. But over time, these experiments often stray into less innocuous territory — lying about more important matters, stealing more substantial things. It's the next stage in a natural progression of learning about morality, and all children (regardless of the stories your friends tell you about their kids), do some experimenting with lying, cheating, and stealing. Most manage to avoid falling headlong into a life of crime.

Hiding a couple of aces up his sleeve or moving his game token up an extra space is a type of lying, but the stakes are higher. He knows that winners get trophies, pats on the back, parades and multi-million-dollar endorsement deals. Losers get nothing. In his mind, he’s not doing anything wrong by cheating; he’s just trying to make you proud.

Your next assignment it to keep from overreacting while letting your son know that what he's doing is unacceptable. To start with, he should bring the items he stole back to the store and apologize to the manager. If you keep the boundaries firm and the consequences clear and appropriate, chances are, this phase will eventually pass. And don't underestimate the power of your disapproval. Simply letting your child know that you expected more from him can be more effective and long-lasting than any punishment.

In a few years, your child’s schoolmates will take matters into their own hands, labeling liars and cheaters and refusing to play with them. For most kids, the risk of being socially ostracized is enough to put them on a somewhat straighter, narrower path. But there are a few things you can do to encourage your child to start playing by the rules now:

— Consider his point of view. Could your family expectations be exerting so much pressure to perform that he’s afraid of disappointing you? And what is he cheating at? Sometimes if the game is too difficult, kids see cheating as the only way to keep up.

— Consider the example you’re setting. Do you lie about your son’s age so you can get a free meal or a discounted movie ticket? If he catches you (and you know he will) and you tell him that everyone does it, you’ve just sent the message that cheating is OK. Instead, "You're right — I shouldn't do that. Thanks for catching me," tells him that you value honesty and playing by the rules.

— Relax. Reacting as though you believe that his lying and cheating make her a bad person will not solve the problem. Instead, emphasize the positive ("I know you’re an honest person") and encourage empathetic thinking ("How would you feel if someone did that to you?"). At the same time, let her know that while there may be consequences after admitting to having done something wrong, they’ll always be a lot less harsh than for doubling down on the denials.

I recently received an email from two co-parents who wrote to me together — a novel approach, I must say. They were looking for direction. They knew they have a problem, they just weren’t sure what to do. They asked, �...Read More

Q. My ex moved out nine months ago. He has no furniture in his apartment — nothing but a TV in the living room and a bed in his room. I told him maybe he should take a break and postpone his weekends with our daughters, ...Read More

Q. Why would my ex-wife continue to have a relationship with my in-laws after four years of being divorced? I understand we have kids, but it’s beginning to be troublesome now that I’m in a serious relationship and ...Read More

Q. What would family court think of my ex, a mother who prompted our separation (we were never married, but have two children together) and then three months later proceeds to move in with my brother? What’s good ex-...Read More

Q. I have a bonus family. My husband has two kids and I have two kids. We’ve added a son three years ago. We have tried your suggestion of a family discussion to air differences, but things seem to spin out of control. ...Read More

Dear Mr. Dad: Despite all the press coverage of our pullout from Afghanistan, U.S. servicemembers are still deployed all over the world — and I’m one of them. I’m in the Navy and am about to deploy for six months. I�...Read More