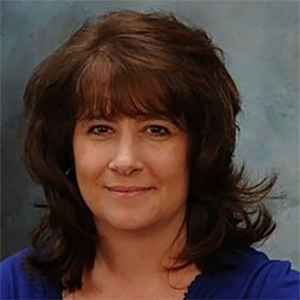 Three is the new two. People often talk about the "terrible twos," but in my experience, the threes were worse, and my sons were more prone to tantrums in their third years than their second.

Tantrums are often described as "emotional storms," implying that they're chaotic and uncontrollable. Research published in the journal Emotions might have proved that wrong. Scientists listened to high-fidelity audio recordings of more than 100 tantrums.

(No amount of money could have adequately compensated them for that.) The scientists discovered that the tantrums weren't chaotic at all. Instead, they followed distinct patterns and rhythms.

The researchers suggest that the trick to ending a tantrum is to diffuse the child's anger by not reacting to the tantrum. This way, the child is left with sadness, and sad children instinctively reach out for comfort.

Here's what our Mommy M.D.s -- doctors who are also mothers -- do to ease their own toddlers' tantrums.

"My daughter didn't have a lot of tantrums, fortunately," says Dora Calott Wang, M.D., a mom of one daughter, a psychiatrist, and the author of "The Kitchen Shrink: A Psychiatrist's Reflection on Healing in a Changing World" in Albuquerque, New Mexico. "One of my child-rearing goals is for my child to feel like we're on the same side -- that she doesn't need to fight me. I try to see tantrums as opportunities to better understand a child and to teach a child about better methods of expression."

"If a toddler is just starting to misbehave, he can often be distracted or redirected ('Hey, what's that over there?')," says Victoria McEvoy, M.D., a mom of four, a grandmother of three grandsons, a pediatrician and the author of "24/7 Baby Doctor," in Boston. "But if a toddler is having a full-out tantrum, I found walking out of the room was often effective.

"One time, my husband and I decided to give our children some culture," McEvoy continues. "We took them to a very sophisticated art museum in Boston. One of our sons, who was 2 years old at the time, decided to have a full-on meltdown. He was on the floor screaming. My husband and I were so mortified that we left the room! That worked. Our son stopped screaming. He was probably wondering, 'Where'd my audience go?'"

"I'm a big fan of positive feedback and encouraging positive behaviors and discouraging or ignoring negative ones," says Heather Orman-Lubell, M.D., a mom of two sons and a pediatrician in private practice at Yardley Pediatrics of St. Christopher's Hospital for Children in Pennsylvania. "For tantrums, for example, I'd make sure my sons were safe, and then I'd walk away. Then, after they were done having a tantrum, I'd give them hugs and kisses. If you do a lot of yelling when they're yelling, you're giving them attention. If they don't get attention, the behavior will extinguish.

Since my oldest son was born, I've worked from home. Usually, my workdays are quiet, with my fiance and our sons off at work or school. Since March, however, they've been working and schooling from home, and now, of course...Read More

There are few moments in life like discovering that you are pregnant. It's as if you're striding confidently down one path in life, and suddenly, a giant gust of wind blows you off of that path and onto a new one. When ...Read More

Whoever coined the phrase "love-hate relationship" was probably talking about siblings. We all want our children to get along, but even the best plans sometimes go awry. Sibling rivalry often starts before a second child ...Read More

Hello, fall. Hello, sneezin' season! Do you or your baby's dad have allergies? It doesn't mean your baby is doomed to getting them, too -- but it does make it more likely.

Millions of kids have allergies. An allergy is an...Read More