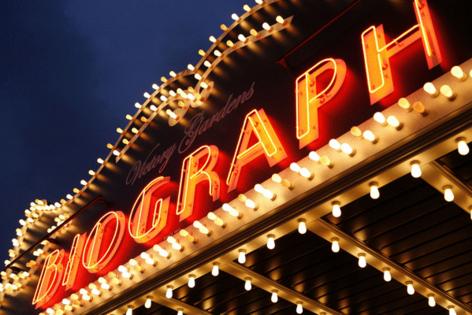 CHICAGO — Victory Gardens Theater, a venerable and Tony Award-winning Chicago company that has seen more than its share of staff turmoil in recent years, appears to have entered another deeply unstable period.

On Tuesday, the Tribune has learned, the Victory Gardens board of directors informed the staff that the current artistic director, Ken-Matt Martin, had been placed on leave and that the final candidate for the open position of executive director, Marissa Lynn Ford, had withdrawn. Acting managing director Roxanna Conner had also told staffers that she is resigning at the end of the month.

Meanwhile, a group of affiliated artists — resident directors Lili-Anne Brown and Jess McLeod, and ensemble playwrights Marisa Carr, Keelay Gipson, Isaac Gomez and Stacey Rose — announced in an online post that they too had resigned from the theater, which operates at the historic Biograph Theatre in Lincoln Park.

The group said it demanded that Ford, currently an associate managing director at the Goodman Theatre, be put in place immediately as executive director. In a collectively signed post on Medium, Gomez and the rest of the group also was harshly critical of the board of directors, accusing the volunteer board of a “lack of transparency” and past “toxic behavior.”

There was a further spate of resignations of the artistic ensemble in 2020 following the board’s appointment of Erica Daniels as producing artistic director and leading to Daniels leaving the theater.

Whatever peace may have been negotiated then with internal stakeholders appears not to have lasted.

“This situation is not tenable for Victory Gardens,” said the post, authored by Gomez, “and we have serious concerns about the theater’s ongoing viability if another artistic leadership transition takes place so soon after bringing Ken-Matt into the organization.”

By Wednesday afternoon, the non-leadership staff of the theater appeared to have taken the extraordinary step of taking over the company’s official Facebook page and Twitter account to criticize the theater’s own board of directors.

“We, the 9 remaining full-time staffers of Victory Gardens, in solidarity with the Resident Artists, demand the immediate resignation of the Board of Directors and the reinstatement of Ken-Matt Martin as Artistic Director,” the page said, among other comments hostile to the theater’s current board of directors, whom it charged with failing to support the theater’s staff leadership and employees.

Martin did not immediately respond to a request for comment.

Reached by phone, board chair Charles E. Harris, a Chicago attorney, said that the leadership issues were personnel matters and thus the board could not comment directly on them.

“We are a 48-year-old theater company with a rich history of bold and diverse productions,” he added later, in a statement. “Collectively, our board members have more than 100 years of experience with Victory Gardens, and we know well the delicate balance of managing the artistic well-being of the theater with our fiduciary responsibility. We have invited our playwrights and resident directors to board meetings to weigh in on various issues but ultimately, certain decisions must happen at the board level. We regret the resignation of our playwrights’ ensemble, which was shared today, but we stand by the difficult and significant decisions we have made as a board that have kept this theater financially solvent for so many decades, including through the unprecedented COVID shutdown.”

As of Wednesday night, the future of one of Chicago’s most famed theaters looked murky, especially in terms of who was still working there, although scheduled performances of the current production, “cullud wattah,” were slated to continue through July 19.

Each year as my color design guru son James orders plants for use at his clients' homes, from those that look like historic cottages to palatial garden estates, those on the waterfront to those considered mountainous. The ...Read More

Flame Proof, Perfect Score All Season, Leader of the Pack, and Top Performer are just a few of the award designations for Truffula Pink Gomphrena. It has now taken in 50 such trophies. If your state has a flower trial ...Read More