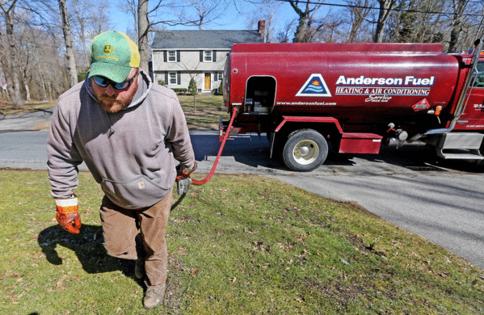 Residential customers will spend about 28% more to heat with natural gas than last winter, according to the U.S. Department of Energy, though gas prices appear to have stabilized somewhat since dramatic increases at the end of last winter.

Electric power will also cost more, although there are indications that they may be peaking, and customers could have choices with competitive suppliers in the coming weeks.

Meanwhile, prices for propane and kerosene are also increasing. "You can't even find kerosene for $6 or $7 a gallon right now," said Tom Kloza, the global head of energy analysis for the Oil Price Information Service.

Perhaps hardest hit will be customers who use fuel oil for heating, which still accounts for a fair number of households in Northeastern states. According to the Energy Department, heating oil customers can expect to pay more than $5 a gallon, or 45% more this year than last.

Prices for heating oil and diesel, which are the same fuel, were pushed up last year by the post-pandemic economic surge. They continued to soar this year in the aftermath of the Russian invasion of Ukraine, when European buyers bid up any oil, gas, and fuel supplies that can serve as alternatives to Russian energy. U.S importers of heating oil and diesel, particularly Northeastern dealers who are more dependent upon imported refined products, were forced to compete with hungry European buyers, said Woosnam.

San Diego City Council voted unanimously Tuesday to declare housing as a human right, a rare move for a city with a lot of housing issues.

Just before noon last Friday, a crowd gathered quietly on the corner of Sixth Avenue and Pike Street, waiting to pay their last respects to the downtown Seattle Nike store before it closed for good.

Thanks to its impressive list of celebrity residents and impressive collection of record-setting mega-mansions, the Los Angeles Westside neighborhood Bel-Air has developed a reputation as one of the ritziest enclaves in ...Read More

Q: Several months ago, I discovered a large hole in the building’s exterior that exposed the inside of the wall in behind my apartment. I emailed our condominium’s manager a few times and have not gotten a response. ...Read More

The explosive cost of rent around the country continued to cool in December, according to a report released Thursday, but one expert says the high prices of the past two years are likely to be “the new normal” for ...Read More