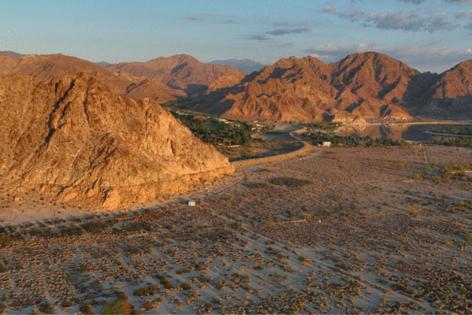 A developer's proposal to build a surfing lagoon in the Coachella Valley desert has been rejected by the city of La Quinta after residents raised concerns about noise, lighting and the resort's substantial water footprint in a time of severe drought.

The City Council's five members voted unanimously Wednesday night against a zoning change that would have allowed the developer to build the resort and surf park.

Mayor Linda Evans said she loves the surf park concept and would like to see one built elsewhere in La Quinta eventually.

"I think this is a cool project," Evans said. "But I don't think it's in the right location. And maybe the timing isn't great because of the drought."

The developer of the 386-acre Coral Mountain project in Riverside County had requested a zoning change for what was once slated to be a residential development with a golf course. Instead, the proposal was for the wave park, along with 600 homes and a hotel with up to 150 rooms.

The wave basin would have stretched across 12 acres and required 18 million gallons to fill.

During a meeting that lasted more than six hours, opponents said the surf park would pollute a quiet neighborhood with noise and light, and waste precious water at a time when California and the Southwest are enduring a megadrought exacerbated by climate change.

"We're at a point in history where we cannot be freely wasteful of water," said Laura Dolata, a resident. "When the water crisis reaches a critical point and water must be curtailed dramatically, and rationing becomes a reality, an operating wave park will be a problem for all of us."

Dolata and others pointed out that residents have been told to conserve water at home, or face penalties on their water bills if they exceed their outdoor water budget. With the Colorado River in a shortage and the Southwest getting hotter and drier with climate change, opponents argued that cities in the Coachella Valley shouldn't be signing off on water-intensive developments.

The uproar parallels a larger debate over how the Coachella Valley — with its 120 golf courses, artificial lakes and developments filled with thirsty grass — should adapt to worsening water scarcity.