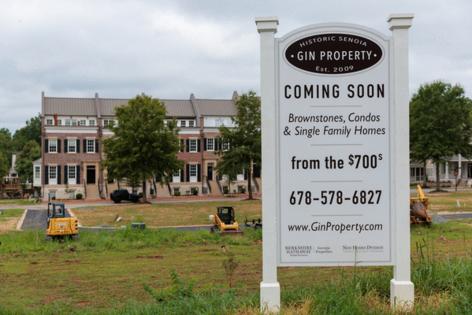 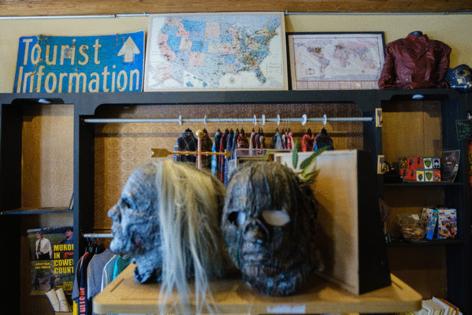 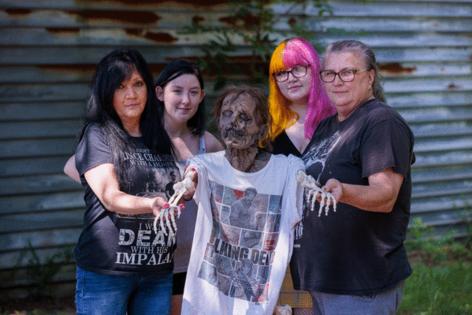 Michael Riley, locations manager for the AMC zombie series, thought of the town of Senoia, Georgia, 35 miles southwest of Atlanta, with its charming stretch of historic buildings and its distinctive water tower.

At Maguire’s Irish Pub, dozens of local business owners listened as Riley laid out plans to transform the city into a post-apocalyptic enclave, “Woodbury.” That meant building a gate entrance, with fake sentries, that could be rolled in at one end of Main Street during shoots, forcing customers to enter stores and restaurants from the rear.

Some business owners openly were skeptical, wondering how disruptive this would be.

However, AMC allayed fears by compensating the locals for the inconvenience. The City Council approved the plan.

And, for almost everyone involved, the gamble paid off. Once AMC began airing episodes featuring Woodbury, fans began flocking to Senoia, hoping for glimpses of such cast members as Andrew Lincoln and Melissa McBride.

“One afternoon, toward the end of Season 3,” Riley said, “I counted 21 out-of-state license plates parked on Main Street, and every parking spot in town was taken.”

This was followed by another “Walking Dead” intrusion in Season 4: erecting an unsightly 15-foot-tall corrugated metal wall around a burgeoning development adjacent to downtown Senoia. AMC, thinking they’d be using the space for at least a couple of years, agreed to build 10 fully usable homes, as well as a prop church, windmill and solar panels.

While Woodbury only lasted one season, the walled-off property, dubbed Alexandria, would remain in use for eight years. The wall became a year-round visual reminder of the show’s presence, and that fueled even more tourism. Only after “The Walking Dead” wrapped its 11th and final season this past March did the walls begin to come down. By late August, only a few remnants remained.

Senoia is the latest example of a Georgia locale that leveraged its ties to a popular TV show or film. Covington, about 50 miles east of Senoia, actively promotes the fact that Carroll O’Connor’s police drama, “In the Heat of the Night,” shot there three decades ago, and also welcomes fans of the CW’s “The Vampire Diaries,” which shot in the area in the 2010s. Savannah continues to draw visitors seeking reminders of 1994′s Oscar-winning film “Forrest Gump,” and both the best-selling book and 1997 film adaptation of “Midnight in the Garden of Good and Evil.”