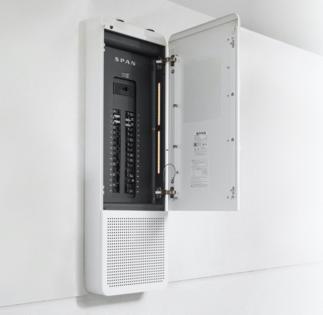 “We had to update the electrical, paying an electrician to run 240 volts for the induction range,” says Huang, who runs a design firm with Reed.

They’re not alone. As many as 48 million homes in the United States may need expensive electrical upgrades to handle the increased power demands of solar panels, heat pumps, and electric car chargers, according to a 2021 paper by Pecan Street, a nonprofit that promotes building electrification and pegs the total cost of such improvements at upwards of $100 billion. For homeowners, installing a new electrical panel can require thousands of dollars — more if a utility needs to run a higher-capacity electric supply wire to the house. Those could be considerable obstacles to reducing greenhouse gas emissions.

But a growing number of technologies are available to help homeowners sidestep such hurdles, as are a new round of incentives. The Inflation Reduction Act signed into law by President Joe Biden is likely to supercharge home electrification by providing generous rebates and tax credits to install heat pumps, solar panels and other appliances. The legislation also offers a $4,000 rebate to help pay for electrical system improvements.

Get a smart electrical panel

More than half of single-family homes in the US were built before 1980, a time when people used far fewer electric devices and a 100-amp electrical panel was enough to handle the load. Today, homes are stuffed with big-screen televisions, computers and other electronic gadgets. Throw in high-voltage electric car chargers, solar panels and heat pumps, and there aren’t enough circuits or electrical capacity in a 100-amp panel to handle the higher demand. That means an upgrade to a 200-amp panel is needed to avoid potential overloads.

A new electrical panel can cost $2,000 or more, depending on the complexity of the installation. Sometimes, your utility will need to run a new electric supply wire to the house to handle the greater capacity, which can add thousands of dollars and take weeks or months to complete. If the supply wire has to be routed underground, costs can exceed $10,000.

An alternative is to install an internet-enabled “smart” electrical panel that manages all the circuits in a home, balancing the load generated by solar panels, battery storage systems, electric car chargers and heat pumps.

An analysis by Rewiring America, a nonprofit that advocates for community electrification, found that a smart panel can regulate a home’s energy use to avoid spikes in demand that would otherwise require a larger conventional electrical panel. For instance, you might overload a 100-amp panel if you come home and plug in your electric car, turn on the heat pump and do a load of laundry. A smart panel could automatically delay charging the car until the end of the spin cycle to avoid that.

The study was based on data collected by smart panels made by Span.IO Inc. At $4,500 before installation costs, the San Francisco-based startup’s Span panel is pricey. However, it and other smart panels can spare homeowners from paying for costly supply wire upgrades. It also ensures enough capacity for adding more appliances in the future, like another EV charger for a second battery-powered car.