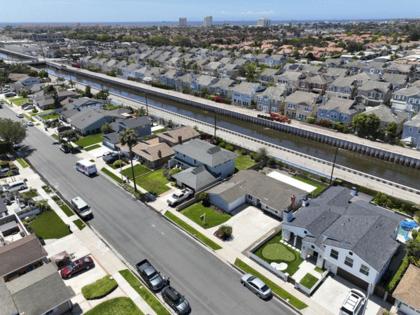 Contract closings fell 5.9% in July to an annualized 4.81 million, the weakest since May 2020, figures from the National Association of Realtors showed Thursday. The median estimate called for 4.86 million in a Bloomberg survey of economists. Sales fell 22.4% from a year ago on an unadjusted basis.

The nearly 26% decline in previously owned home sales since January marks the steepest six-month plunge in records back to 1999 and underscores a housing market that’s reeling from elevated mortgage rates and prices. The industry is also experiencing a slowdown in construction, and more buyers are backing away from deals.

Weaker demand has led to a pickup in inventory, which may help to cool home prices in coming months.

“We’re witnessing a housing recession in terms of declining home sales and home building,” Lawrence Yun, NAR’s chief economist, said in a statement. “However, it’s not a recession in home prices. Inventory remains tight and prices continue to rise nationally.”

The number of homes for sale rose slightly from June to 1.31 million, but was unchanged from a year ago. At the current sales pace it would take 3.3 months to sell all the homes on the market, the sixth straight rise. Realtors see anything below five months of supply as a sign of a tight market.

The median selling price rose 10.8% from a year earlier to $403,800 — though it slipped from a record high in June, which Yun said is typical this time of year. First-time buyers accounted for 29% of all transactions in July, down from 30% in June.

Cash sales represented 24% of total sales. Investors, who typically buy in cash and are therefore less sensitive to mortgage rates, made up 14% of the market, a drop from June and July of last year.

—Sales dropped in all four regions, led by a 9.4% drop in the West

—Transactions fell across all price points, in contrast with recent months in which homes in the upper end of prices were still selling

—Properties remained on the market for an average of 14 days, matching the fastest ever, and unusually quick given the slowing pace of sales activity

—Existing-home sales account for about 90% of U.S. housing and are calculated when a contract closes. New-home sales, which make up the remainder, are based on contract signings, and will be released next week