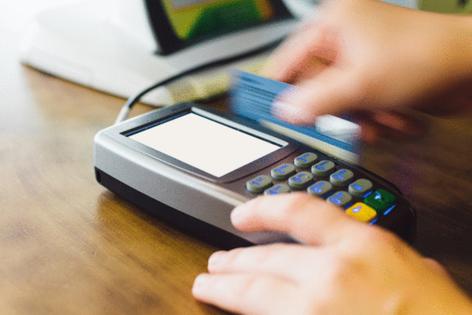 Consumers continue to take on more credit card debt as inflation hikes up their spending.

Consumer revolving debt — which is mostly based on credit card balances — gained $14.8 billion on a seasonally adjusted basis in June. It’s now up to $1.125 trillion, taking it past its pre-pandemic high, according to the Fed’s G. 19 consumer credit report released Aug. 5.

For June, inflation rose 9.1 percent over the year (and 1.3 percent from May levels), which means consumers had to shell out more money to buy goods.

In its quarterly report on household debt and credit, the Federal Reserve Bank of New York finds that total household debt was up 2 percent in the second quarter, rising $312 billion to touch $16.15 trillion. Credit card debt reached the $890 billion mark.

Credit card balances were up $46 billion during this period, a 13 percent rise over the 2021 second quarter, making for the largest jump in more than 20 years. And 3.35 percent of the credit card debt went into serious delinquency (90 days or more delinquent) in the second quarter, up from the first quarter’s 3.04 percent.

The increase in household debt is partly due to rising prices, according to Joelle Scally, administrator of the NY Fed’s Center for Microeconomic Data. “While household balance sheets overall appear to be in a strong position, we are seeing rising delinquencies among subprime and low-income borrowers with rates approaching pre-pandemic levels,” Scally says.