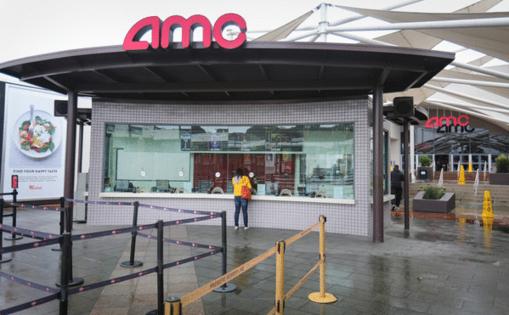 Retail traders who lurk in forums like Reddit’s WallStreetBets are back to betting against Wall Street pros and the Federal Reserve as rallies for meme stocks like Bed Bath & Beyond Inc. and AMC Entertainment Holdings Inc. show shades of last year’s mania.

The home-good retailer nearly tripled at one point during its nine-day winning streak while the movie-theater firm capped a 65% rally of its own as speculative pockets of the stock market surge. The pair have powered a basket of 37 meme stocks tracked by Bloomberg higher by 10% over the past week while the most-hated stocks tracked by a Goldman Sachs Group Inc. basket is up roughly 17% over the same period.

The resurgence of more speculative areas of the market is likely fueled in part by individual traders willingness to jump on riskier trades and bet against hedge funds. A rally in tech shares and other growth stocks at one point on Monday pushed the Nasdaq 100 Index up 20% from a June low amid alarms from some on Wall Street that the Federal Reserve is set on fighting inflation regardless of the pain for the stock market.

The “smart guys” are “confused, baffled and fighting short positions from a position of weakness in terms of momentum and firepower,” said Mark Taylor, a sales trader at Mirabaud Securities. “The lack of real understanding of why a sudden resurrection of the meme-entum bid could lead to some nefarious speculation about things being manipulated but what would be as much sour grapes speculation as anything real.”

Bed Bath & Beyond’s taking of the meme stock baton resulted in a 40% rally Monday as a record 120.5 million shares changed hands with the stock being the second-most bought asset on Fidelity’s platform. AMC Entertainment was among the five most purchased stocks on the platform and saw trading volume triple what’s been normal over the past month. Both company tickers, along with GameStop Corp., were the most mentioned on Reddit’s WallStreetBets platform.

A basket of meme stocks tracked by Bloomberg rose 3.7%, extending a six-day rally of its own. Among the group’s top performers were GameStop and Express Inc. Newly-public Magic Empire Global Ltd., a little-known Hong Kong-based financial services firm, extended a 2,825% two-day surge since going public, attracting some retail attention.

“These meme stock rallies that are emerging will only last if US stocks broadly continue to head higher,” said Ed Moya, senior market strategist at Oanda. “After AMTD Digital reminded the WallStreetBets crowd of the potential skyrocketing moves, many retail traders are scanning their favorite plays and are looking to get back in.”

The rapid rise and subsequent fall for AMTD Digital Inc. both puzzled and captivated the markets. The stock posted an eye-popping surge of more than 32,000% at one point before erasing a chunk of gains.

Heavily-shorted stocks like Wayfair Inc., Rent the Runway Inc., and those that went public via blank-check merger including 23andMe Holding Co. saw double-digit rallies at one point as investors braced for volatility.

Short covering from institutional investors may have boosted the recent surge, according to some on Wall Street. More than half of Bed Bath & Beyond shares available for trading are currently sold short, according to data from analytics firm S3 Partners, while AMC Entertainment, GameStop and Wayfair short interest each sit around 20%.

An index tracking hedge funds’ high-conviction bets rose 1.8% last week, trailing those favored by retail investors by 2.7 percentage points, the most since March, data compiled by Goldman Sachs show. While still early into August, the firm’s basket of retail favorites is on track for the best month since Jan. 2021 relative to firms favored by hedge funds. The retail basket carries names including Delta Airlines Inc., which just clocked the longest streak of weekly gains since 2020.

“Retail traders have to move quickly, because one headline can change the entire trajectory of the stock market,” said Quincy Krosby, chief global strategist at LPL Financial. “Retail traders are daring the Fed and they’re daring some professional investors, and they’re doing well so far. It’s dicey because it can go in the other direction really fast.”