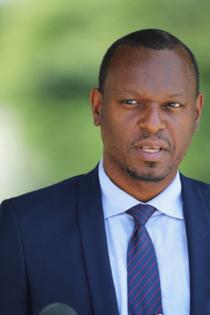 Sen. Randolph Bracy, who is running for U.S. Congress, unveiled a proposal Tuesday he intends to submit at the next Orange County Commission meeting on Aug. 9.

“I would like to institute special taxes on these companies and individuals in order to discourage their buying, selling and renting of properties,” Bracy said. “I believe we should be keeping it in the community, and let’s keep it affordable.”

The tax would be levied at closing on out-of-state investors and individual buyers who don’t own property in Florida, Bracy said.

The tax amount hasn’t been determined, he said, but revenue could be used to build more affordable housing and offer assistance to renters.

Orlando’s rental prices have exploded, forcing tenants to move out of the city to find less expensive housing. The average asking rent in Orlando is $1,819, more than $150 above where it was in January, according to CoStar Group, which tracks rental rates.

Real estate investors have been snatching up more properties as housing demand has soared, buying nearly half of the properties sold last year in the predominantly Black ZIP code of 32805, according to an Orlando Sentinel investigation.

“I have had people that have said they’re moving out of Orlando ... because they can’t afford to live,” Bracy said. “We have out-of-town companies buying the properties and raising (rent) to where it’s unaffordable. I think we have to look into that.”

Sen. Randolph Bracy, who is running for U.S....Read More

A mini bottle of Dawn dishwashing liquid, with its signature blue color and cute duck imagery, doesn’t raise many eyebrows. To notice its secret, you’d have to squint: the bottle contains 6.5 fluid ounces, down half an...Read More