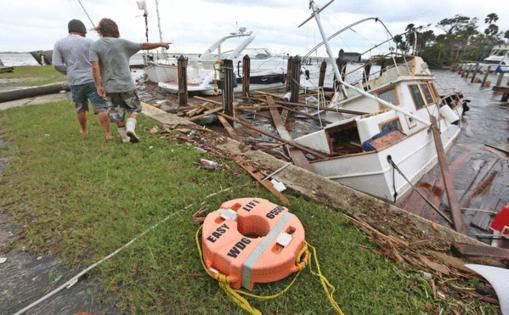 TALLAHASSEE, Fla. — Nearly five dozen Florida companies have submitted plans to tap into a $2 billion taxpayer-financed plan designed to shore up the struggling property insurance industry that would only save homeowners about 1% to 3% on their annual premiums.

That would barely make a dent in the double-digit increases in premiums millions of state homeowners have endured for years — if those companies actually extend those savings to their customers.

The law creating the fund provides no guarantees that the companies will pass on the savings to consumers. Many are simultaneously filing for rate increases to cover the higher cost of private reinsurance, which they buy to cover themselves in the event of major disasters.

Republican state Sen. Jeff Brandes of Pinellas Park said the situation illustrates just how little the Legislature has done for both the industry and homeowners alike.

He said the $2 billion fund is “like performing Stage 1 treatment on a Stage 4 cancer patient.”

The Reinsurance to Assist Policyholders, or RAP program, was approved during a special session called by Gov. Ron DeSantis in late May after the Legislature failed to address the property insurance crisis during the regular session. DeSantis signed it immediately into law.

Insurance companies that wanted to tap into it this year had to hustle if they wanted to meet the June 30 deadline to apply with the Office of Insurance Regulation, which is still sifting through the paperwork.

“OIR is expediting the review of these filings and ensuring submitted filings are in accordance with the recently passed legislation,” said Samantha Bequer, communications director for the Office of Insurance Regulation.

Opponents have called it an industry bail-out that won’t result in savings to consumers. It looks like they were right based on the savings companies are offering.

“This is not just what we feared, but what many legislators said would happen,” said Bill Newton, deputy director for the Florida Consumer Action Network, a grassroots nonprofit public policy advocacy group. “When you just put that much money down and say, ‘Here you go. Have a nice day,’ that’s what happens. But I’m sure they appreciate the thought.”