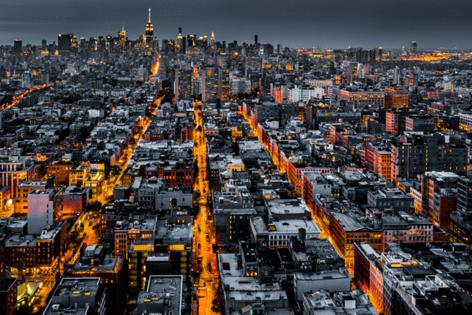 New Yorkers in more than 1 million stabilized apartments face the largest rent increase in nearly a decade after a panel approved a 3.25% hike for one-year leases and a 5% rise for two-year leases.

The Tuesday night decision by the nine-member Rent Guidelines Board of mayoral appointees reflects the political promises of Mayor Eric Adams, a landlord himself who has signaled strong support for small businesses and property owners, many of whom are facing mounting operating costs under soaring inflation.

Under former Mayor Bill de Blasio, the board kept rates at historic lows, voting for rent freezes in four of the past eight years. While most current board members are Adams appointees, some have carried over from his predecessor.

More than 2 million New Yorkers, or as many as 1 in 3 residents, stand to be affected by the decision. The hikes are still significantly smaller than those in market-rate apartments, where the median rent increased 29.8% compared with a year prior as of May, according to a report by the real estate brokerage firm Douglas Elliman. The changes will take effect on leases that begin between Oct. 1 and Sept. 20, 2023.

“It’s pretty clear tenants are going to get slammed with unaffordable rent increases,” Michael McKee, the treasurer of Tenant PAC and a long-time tenant’s rights advocate, said ahead of the decision. “This board does the bidding of the mayor, and this mayor wants to raise rent.”

The decision is in line with what the board approved in a 5-4 preliminary vote last month. The board had previously announced an expected rent hike between 2% and 4% for one-year leases and between 4% and 6% for two-year leases — lower increases than the 9% estimates floated earlier this year. At an event Monday, Adams lauded the drop from previous estimates, saying he hoped the the board finds a “fair way” forward.

Landlords in the city have been squeezed by the highest inflation in four decades, rising costs of water and energy, and property tax assessments, according to Joseph Strasburg, president of the Rent Stabilization Association, a group representing 25,000 property owners in the city.

But ultimately, Strasburg said, the rent stabilization system does a disservice to both owners and tenants. The answer to the housing crisis, he said, lies with new legislation such as a broad housing policy package, including a rent-voucher subsidy program and reforms to property taxes.

“The RGB vote proves that this is a broken system,” he said. “Relying solely on the RGB process is running affordable housing into the ground.”

After the vote Tuesday, Mayor Adams decried the rent increases as a “burden to tenants at this difficult time,” but also defended small landlords who he said are at at risk of bankruptcy after years of no increases.

“This system is broken, and we cannot pit landlords against tenants as winners and losers every year,” Adams said in a statement.

Anthony Yelenick wakes every summer morning in a puddle of his own sweat.

The pillows are moist. His pajamas are drenched. The sheets are soaked.

At night, the 43-year-old glides a wet washcloth over his body, flips a ...Read More

If there’s one word that describes Bitcoin and cryptocurrency, it’s volatile. Crypto prices soar and then seem to crash almost as quickly, while rumors, sentiment and fundamental developments are quickly factored into ...Read More

Elizabeth Woodruff drained her retirement account and took on three jobs after she and her husband were sued for nearly $10,000 by the New York hospital where his infected leg was amputated.

More than half of consumers in major economies didn’t build up their savings during the pandemic, a survey shows.

I don’t know if there’s anybody who still needs to hear this, but: It’s a bloodbath out there, people. Covens of faceless trolls snap at our heels. Charming vampires feed on our vulnerabilities. Living in the 21st ...Read More

When Eileen Breitkreutz filed a request to inspect her condo association’s financial records six years ago, she had no idea it would spark six years of litigation and a $395,554 judgment against her.