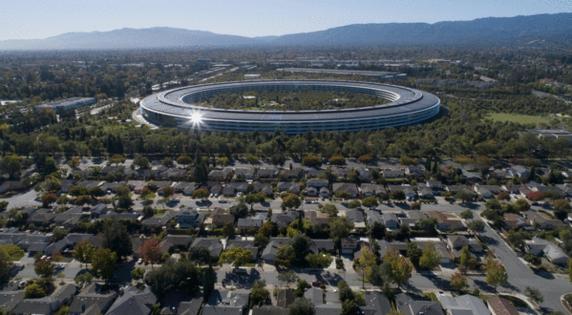 Andrew Challenger’s urban Chicago neighborhood is buzzing, but not with office workers.

“I live 15 minutes’ walk from my office building, and every restaurant, every bar and gym and store is packed 100%,” Challenger said recently. “When I get to my building it’s still pretty much empty. So much of normal life has come back, but not that.”

Challenger, a senior vice president of Challenger, Gray and Christmas Inc., an outplacement and executive coaching firm, said the firm’s surveys show people want the extra time and flexibility of remote work, and companies facing labor shortages are in no position to turn them down.

“The HR [human resources] teams are just so swamped with recruiting. They have to get workers in place, and if they need to offer remote work, they will,” Challenger said. “Companies keep coming up with plans to come back to the office, and then they keep backing off those plans. People are just going to quit and go somewhere else if they do that.”

Nationally, people were working remotely about 39% of the time as of April, after peaking at around 62% in mid-2020 at the height of coronavirus pandemic-related closures, according to a national survey by the University of Chicago and three other universities.

The new realities are likely to force cities and states to shift their emphasis from supporting commuter transit and dense housing around it to promoting shared workspaces, broadband availability and more competitive tax rates as they contend for workers who can live anywhere.

States and smaller cities also are likely to react with new zoning policies, which Chicago-Kent College Law Professor Stephanie Stern calls “untransit” in a paper published in April by the Stanford Law and Policy Review.

Instead of concentrating on building dense housing near commuter transportation, as cities recently have done, many will shift their focus to broadband access and more spread-out housing, Stern writes. They also should plan for public remote work sites, she writes, citing studies showing remote workers want the social interaction and the break from household distractions that such centers can provide.

“Remote work is poised to transform land use law by untethering labor from centralized workplaces and blurring the boundaries between work and home,” Stern writes.

There are work-from-home variations among states, though, according to the University of Chicago survey. The rate was less than 25% in states with fewer white-collar workers such as New Hampshire, Iowa, South Dakota and Wyoming.

As housing prices skyrocket in neighborhoods across the country, some state lawmakers and local officials are turning to a decades-old model for keeping homes affordable: community land trusts.

Aging high-rise condos will have to undergo safety inspections while condo boards will have to save money for structural repairs if the governor signs a new condo safety bill that cleared the Legislature on Wednesday.

Aging high-rise condos will have to undergo safety inspections while condo boards will have to save money for structural repairs if the governor signs a new condo safety bill that cleared the Legislature in a special ...Read More

With inflation surging, the war in Ukraine roiling global markets and the after-effects of the pandemic still clogging supply chains, everyday investors have been jittery. But some had their nerves pushed to the edge this ...Read More

The number of short-term rentals in New York City is outpacing the number of available apartments, putting a pinch on renters who are looking for space in a hot housing market.

The total number of short-term rentals of ...Read More