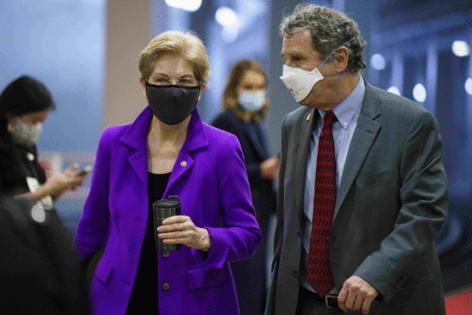 Senate Democrats on Thursday pressed Sandra Thompson, the president’s nominee to run the Federal Housing Finance Agency, on how to leverage the agency to close the racial gap in homeownership.

Senate Banking Chairman Sherrod Brown, D-Ohio, said Thompson would have a major role to play in closing the gap, as well as preserving affordable housing. The racial homeownership gap is wider than it was in 1960, eight years before Congress passed landmark housing discrimination legislation, according to the Urban Institute, a think tank.

“At FHFA, she will be in a position to tackle some of the most pressing issues facing homeowners and renters, and to ensure the stability of our housing finance system,” Brown said. “And in just the past week, tragic fires in Philadelphia and the Bronx have reminded us of how far we need to go to ensure that everyone has a safe, affordable home.”

Thompson, who became acting director in June, said she had already directed federally backed mortgage companies Fannie Mae and Freddie Mac to examine barriers to homeownership for Black and minority communities. The government sponsored entities (GSEs) have been under a conservatorship overseen by the FHFA since 2008.

“A home is the greatest asset that most people own. We believe homeownership will go a long way to closing the racial wealth gap,” she said. Thompson is the first Black woman nominated to lead the FHFA.

There was a 30-point gap between white and Black homeownership rates in 2017, compared to 27 points in 1960, according to the Urban Institute.

Challenges could include a need for better education about homeownership or potential biases in the appraisal process to determine home values, Thompson said.

Before joining the FHFA, Thompson spent 18 years at the Federal Deposit Insurance Corporation. Thompson cited her experience as head of supervision and financial protection at the FDIC during the 2008 financial crisis as formative in how she looks at housing finance.

“I witnessed firsthand the consequences of irresponsible lending when hundreds of banks across the country were closed and a record number of homes went into foreclosure. I saw how the borrowers who received unsustainable loans and predatory loan products were devastated in the downturn,” she said.

In response to questions from Democratic Sens. Jon Tester of Montana and Tina Smith of Minnesota, Thompson said access to credit is especially important for Black and underserved communities when it comes to buying a home. Fannie Mae has taken steps to start considering rent payments as a part of credit scores, she said.

Q: My father had a deed recorded that makes him and his friend co-own a house as joint tenants with rights of survivorship. He named me as the executor of his will. The property has a mortgage that is only in my father’s...Read More