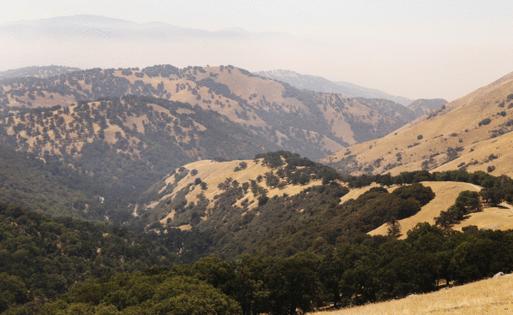 LOS ANGELES — One of Southern California’s longest running development battles ended this week after two decades when an environmental group agreed to the construction of a massive “net-zero” greenhouse gas community of 19,300 homes just off Interstate 5 on the southern flanks of the Tehachapi Mountains.

The pact between the Tejon Ranch Co. and the nonprofit Climate Resolve comes amid a severe housing crunch across California and removes perhaps the largest roadblock remaining for the 6,700-acre Centennial project bordering Kern County, about 70 miles north of Los Angeles. The project had been stalled repeatedly by environmental and economic challenges, even as other large developments won approval in one of the last undeveloped sections of Los Angeles County.

The proposal had won final certification two years ago from the L.A. County Board of Supervisors, and the company declared that it had been vindicated. But earlier this year, Superior Court Judge Mitchell Beckloff rejected the county’s approval of the developer’s environmental impact report, effectively blocking construction.

Specifically, the judge cited aspects of the environmental review concerning wildfire risk and additional greenhouse gases generated by vehicles. Under terms of the deal expected to be presented to Beckloff later Wednesday, Climate Resolve has agreed to dismiss its legal claim that L.A. County violated the California Environmental Quality Act when it approved Centennial in 2019. The new development, which will not include natural gas hookups, would be designed specifically to combat global warming, the parties said.

The agreement calls for the installation of nearly 30,000 electric vehicle chargers at residences and commercial businesses. In addition, the plan will include other incentives to support the purchase of 10,500 electric vehicles, school buses and trucks.

Centennial’s original plans required that all residential units and a percentage of commercial buildings be powered by solar energy.

The compromise also requires funding for fire protection and prevention measures, including fire-resilient planning and vegetation management strategies that would also benefit neighboring communities. It also directs the creation of an organization empowered to produce annual progress reports.

“We’re proud of this agreement — it took a lot to hang in there and get it done,” said Bryn Lindblad, deputy director of Climate Resolve. “Now, we’re hoping that it gets people excited about being part of a net-zero carbon community north of downtown.”

Barry Zoeller, spokesman for Tejon Ranch, said some of the costs for the additions to the normal infrastructure for such a project “will have to be passed on to the customer, otherwise it doesn’t make the community economically viable.”

For two decades, Tejon Ranch has pursued development of the proposed community of 57,000 people and 10.1 million square feet of commercial and industrial space.

Q: I cosigned a home loan for my son. Will my wife or other heirs be responsible for the debt if he defaults after my death? —Carl

A: Last week, we discussed that a home loan is split into two parts, the promissory note...Read More

On a recent Saturday afternoon, real estate agent Bonnie Heatzig was escorting her clients, visiting from Washington, D.C., on a tour of luxury properties in Boca Raton.

But instead of stepping into her car for the start ...Read More

TALLAHASSEE — As rents skyrocket, startup companies are touting what they consider to be a helpful solution to hefty security deposits pricing Floridians out of apartments.

Instead of forking over an upfront security ...Read More

Depressed housing inventory curbed U.S. sales of previously owned homes at the end of the strongest year since 2006, and a recent spike in mortgage rates risks a further tempering of purchases.