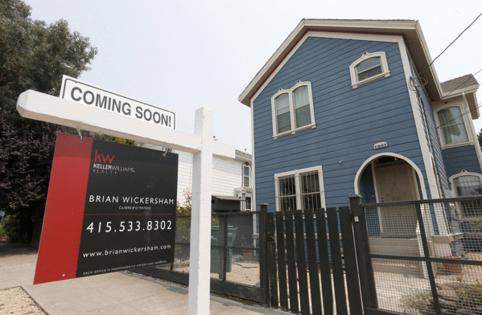 Several years ago, Kristine Chadwick and her family were trying to buy a house in Eugene, Oregon. The market was competitive, so her agent suggested she write a letter to the seller, describing her husband, three kids, two dogs and one cat, and why she wanted to raise her family in the house. Hers was not the highest bid, but she got the house anyway.

"It was really important to the seller who was going to be there, raising a family," said Chadwick, an executive in an education consulting firm, in a phone interview. "She wanted a family who would love the house the way she loved the house. We wanted a place to happily finish raising our children (then two teenagers and an 8-year-old)."

But such letters also could open the door to discrimination. If the seller reads a letter or sees a photo that reveals the race, sex, religion or ethnicity of the would-be buyer, and the seller rejects the bid out of prejudice, that might violate federal or state fair housing laws—especially if the suitor happens to be offering the highest bid.

With that in mind, Oregon recently became the first state to prohibit real estate agents from transmitting such letters from buyers to sellers, starting next year. In doing so, the state was heeding entreaties from real estate agents who worried that passing on such missives might ensnare them in a fair housing violation.

But such charges are devilishly difficult to prove, fair housing experts say, and few if any lawsuits have been filed using love letters as the criteria for a case. In addition, the new law may do more to protect the real estate agents than homebuyers.

Real estate trade groups in states such as California and Washington also have recognized the issue Oregon's love letter law seeks to address, but no similar bill has been introduced in any other state this year, according to the National Conference of State Legislatures and the National Association of Realtors. Many states do, however, discourage the practice.

The Colorado Division of Real Estate, for example, warns agents in the real estate courses they are required to take that they should steer their clients away from writing or considering love letters. However, the state does not prohibit them, according to Eric Turner, the division's deputy director.

"Generally, it's frowned upon," Turner said in a phone interview. "If a seller is looking at multiple offers, it should really be about the terms they are offering. If in a letter they self-identify, it could be a protected class. That could potentially go sour for the seller who could intentionally or unintentionally use that information about a protected class.

The holiday shopping frenzy has always been driven by FOMO. But this year, the fear of missing out is colliding smack dab into the fear of running out.

The ongoing message we're hearing a month before Thanksgiving is buy ...Read More