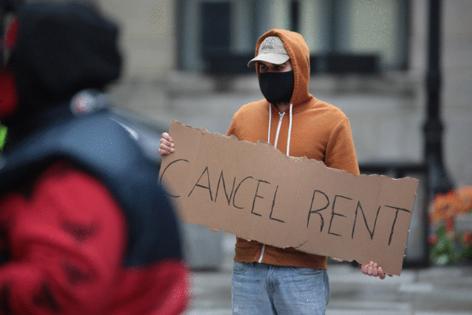 States with small populations say a federal plan to take back unspent emergency rental aid and redistribute it elsewhere is unfair, potentially depriving them and their residents of millions of dollars to address broad affordable housing challenges.

Under the law, the Treasury can take back money from grantees that failed to spend or allocate at least 30% of their dollars by Sept. 30, and redistribute the money to grantees, potentially in other states, that spent more than 65% of their funds.

But grantees and lawmakers in smaller states argue that their sluggish spending pace doesn’t reflect a lack of need. Instead of judging grantees by how fast they are spending the money, they argue, Treasury officials should consider how many tenants are at risk of eviction in their area, and the share of needy applicants who end up receiving help.

State allocations were based on population, but the minimum share was $200 million—too much money, critics say, for small states to spend quickly.

At the end of August, Virginia, New Jersey and 104 local grantees, including the city of Houston, Prince George’s County in Maryland and Miami-Dade County, had met or surpassed the 65% threshold. At the same time, 204 state and local grantees were under the 30% threshold.

“The clock is ticking,” said Treasury Secretary Janet Yellen during an event in early September with state and local leaders. The White House used the online event to highlight high-performing programs and push slower jurisdictions to pick up the pace.

“We need everyone, every state and every community to try to match the spirit of urgency and expediency and to take advantage of the flexibility we’re providing,” Yellen said.

Congress approved the Emergency Rental Assistance program to help households earning at or below 80% of their area’s median income. Residents who qualify can get up to 15 months of assistance to cover rent and utility costs.