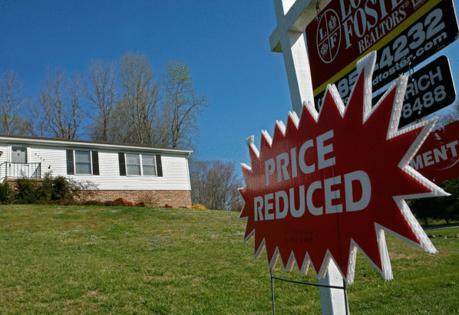 These are boom times for residential real estate, and especially for real estate agents who help to buy and sell homes. Soaring prices and fast-paced sales in markets across the country have put many top agents on easy street. Their sales commissions are expected to surge 16% this year, surpassing $100 billion for the first time, according to an industry analysis.

The embarrassment of riches is drawing attention to the National Association of Realtors. Known as NAR, this Chicago-based trade group is like a union for real-estate professionals, setting rules and policies through more than 1,400 local branches. Those locals operate multiple listing services (MLS) that enable agents to share information about properties for sale. NAR imposes strict rules for MLS systems and critics have long accused it of using its market power to favor agents at the expense of consumers and keep commissions fixed at a high level.

How high? Real estate agents in the U.S. typically receive 5 or 6% of the purchase price, which is among the world’s highest rates, according to a recent Brookings Institution study. In contrast, the typical commission rate is less than 2% in the United Kingdom, Sweden, Singapore and several other countries with sophisticated housing markets.

The Justice Department has taken notice. After the 2020 election, in the waning days of the Trump Administration, the president’s outgoing appointees announced a deal with NAR to change some of the group’s anti-competitive rules. Without admitting to any wrongdoing, NAR agreed to share more information about commissions for the brokers who represent buyers, among a handful of other reforms that were a step in the right direction.

But the deal fell short of removing one of the biggest obstacles to a genuinely free residential real estate market: In the U.S., the commission usually is split between the seller’s and buyer’s agents. By rule, MLS listings must include the amount of compensation the buyer’s broker would make on a sale.

That important information is hidden from anyone but real estate professionals, so many buyers are unaware of it and have no leverage to negotiate lower commissions. In fact, NAR has allowed agents to tell buyers their services are “free,” which is misleading, as the buy-side commission is paid out of the transaction’s proceeds.

Sellers also have little choice but to pay buyers’ brokers the standard amount. If sellers list a lower commission level on the MLS, agents could steer away prospective buyers. The rule also undermines discount brokerages that might agree to charge the seller less but are stuck paying the going rate to the buyer’s broker, as well as homeowners who want to sell their properties without using agents.

The solution is to decouple the commissions, so that buyers and sellers pay their agents separately, and litigation now under way seeks to do just that. One big difference between the U.S. and other countries with much lower transaction costs is that even when American home buyers aren’t working with a buyer’s agent, they stilloften pay the full “standard” commission—with the lucky seller’s agent double-dipping andtaking the whole amount—because the rules leave consumers in such a weak position to negotiate lower rates.

Things finally may be changing. In July, with the Trump appointees gone and a career prosecutor now heading U.S. antitrust enforcement, the Justice Department announced it was backing out of the earlier settlement with NAR. The previous deal would have prevented its investigators from pursuing other antitrust claims against the trade group, the department explained. A “broader investigation” of NAR’s rules and conduct can now proceed, it said.

NAR fumed that the antitrust watchdogs have no legal right to renege on the settlement. Their withdrawal from the 2020 deal undermines public confidence that the government will keep its word in future cases, the NAR claimed.

It’s a fair point, but hollow coming from an industry that charges more for its services than do its colleagues inpractically anyone else in the world. After hearing the bad news from the Feds, NAR pledged on its website that it would continue to update its rules “to protect consumers and promote transparency and efficiency.”

In the same breath, it also said it would no longer implement the changes agreed upon in the initial settlement, which among other things finally would have disclosed the commission rates for buyer’s brokers and stopped them from falsely claiming their services are free.

Putting its reforms on hold might make sense as a legal strategy, but it smacks of bad faith. NAR should proceed immediately with the changes to whichit alreadyagreed. For now, this lobbying powerhouse still can take voluntary action to make the housing market freer and, specifically, make commissions more readily negotiable.

NAR, fix yourself, before aggressive prosecutors and adverse court rulings force the issue.