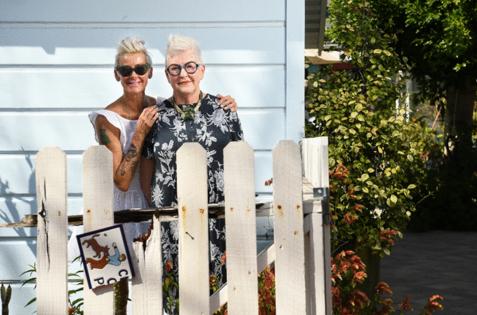 Wish you could generate extra income by owning a rental property? Looking for a close and affordable home for your aging parents? Need a place for your recent college graduate to stay until they find a job? You may be in luck.

More lawmakers across the country are adopting legislation to enable property owners to add a separate living space to their single-family homes, whether a standalone structure in the backyard, an apartment in the basement or a flat over the garage. Known formally as accessory dwelling units, or ADUs, they are often called coach houses, garden cottages, granny flats or in-law suites.

What ADUs have in common is that they are a secondary structure built on the property of an existing home, they are smaller than the existing home, and they have their own entrance, kitchen and bathroom.

In the last year, statewide laws encouraging ADU construction have been passed or taken effect in California, New York, Oregon and Connecticut. Lawmakers have adopted ADU-friendly rules and regulations in municipalities as diverse as Alexandria, Va.; Chicago; Edmonds, Wash.; Evanston, Ill.; Maplewood and Princeton, N.J.; and Missoula, Mont. The city council in Portland, Ore., long a leader in this area, unanimously passed regulations in April that accept recreational vehicles and tiny houses on wheels as legal housing on residential properties.

“People are finally realizing there is a housing crisis, and professional planners and politicians are paying attention to it and reacting,” says Kol Peterson, a consultant in Portland and author of “Backdoor Revolution: The Definitive Guide to ADU Development.”

Peterson, Chin and others said new laws won’t instantly increase the construction of ADUs. Mortgage lenders, architects and builders also need to learn about accessory units and become comfortable with them.

So do homeowners. My colleague Dee Gill has written a three-part primer on how to finance and build accessory dwelling units to give homeowners a solid understanding about different kinds of ADUs and how to estimate whether the potential income from rent will cover costs.

The first part focuses on ADU basement conversions, a common type of internal ADU (others being a garage conversion or attached townhome). The second part describes the process of building a separate, backyard ADU. The final installment does the math of financing and renting an ADU, providing examples of costs and rents in several localities.

Local statistics give some idea of the popularity of ADUs in individual markets. Los Angeles, for example, issued building permits for 4,171 ADUs in 2018, compared with 117 two years earlier. Accessory dwellings accounted for 20 percent of all permits in 2018, though the city does not know how many were for new construction or merely to legalize units built illegally in the past.

Minneapolis, by contrast, issued only 137 permits for ADUs in the four years after it legalized accessory units in 2001. That may be about to change, however. At the end of 2018, the city council adopted the Minneapolis 2040 Comprehensive Plan, which has as one of its goals the abolishment of single-family home zoning in favor of duplexes and triplexes.

“A lot of jurisdictions are experimenting with ways to accelerate the process,” Peterson says.

Urban planners and public officials embrace accessory dwelling units because they see them as at least a partial solution to housing shortages in many parts of the country. Freddie Mac says the country had 3.8 million fewer housing units than required in 2020, a 50 percent increase in just two years.

The shortage of small, affordable, independent housing units is particularly troublesome for the growing number of people 70 and older, many of whom find it difficult to stay in their current homes because of stairs or bathroom fixtures and yet distrust the care offered at senior living facilities and retirement communities.

You’ve heard it before: To be more productive, schedule your work. Actually put it in your calendar. Carve out the time. But have you heard that scheduling your work makes it more enjoyable too? It does.