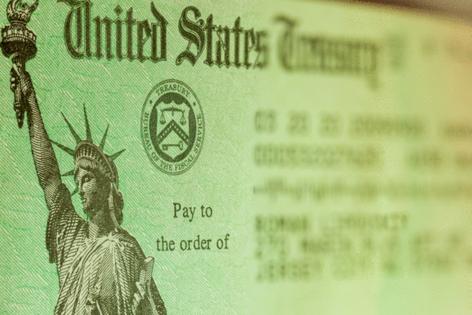 "So like a lot of frustrated people on here, I have not received the September CTC payment," one person noted on the Reddit forum.

The Reddit commentator went on to express concern about an earlier effort to update information online with the Internal Revenue Service to so that the parent could receive the September money via direct deposit, instead of a check in the mail.

The person feared the action triggered a glitch, noting that they received the July and August payments through the regular mail. "It said (direct deposit) would take effect this month. Still haven't gotten it. I checked the portal and it says eligible but nothing processed so far for September. Anyone else having this issue?"

The Internal Revenue Service has been notably silent since the Sept. 15 announcement that payments were issued. Questions about delays were not answered this week.

A reader sent me an email that suggested a possible problem with September's payment being delayed because "the IRS didn't certify some people prior to September's payment as eligible who are actually eligible, resulting in no payment. When will it be corrected?"

One person told me via Twitter: "The error has cost people greatly, from overdrafts to utility shut offs. The IRS should not give a solid date if they don't plan on adhering to it and making excuses."

Meanwhile, some people did post that they had started receiving checks in the mail on Friday — or two days since September payments were set to be issued Sept. 15.

The IRS announced earlier that the September batch of payments adds up to about $15 billion nationwide, covering about 35 million families. The majority of payments, according to the IRS release, would be issued by direct deposit.

Many families could be looking at an extra $450 a month or more, depending on the size of the family and the ages of the children.

Our favorite housing economist — yes, we have one of those — is Jenny Schuetz, a senior fellow at the Brookings Institution, who publishes a steady stream of insightful and practical articles on topics like why getting...Read More