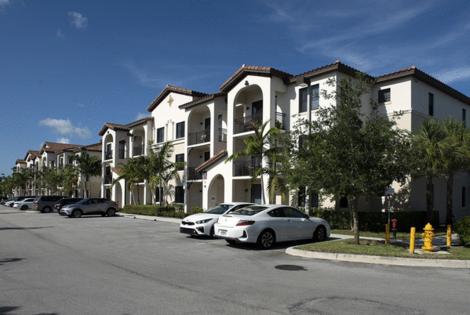 South Florida could become the worst place in the country for renters by the end of the year, partly because wages don’t keep up with exorbitant rent increases. a new forecast shows.

Renters here are likely to devote 40% of their income to rent by the end of the year, according to a forecast by Zillow, an online real estate marketplace that studies real estate trends.

That would be a full percentage point above June and well over the 30% that financial advisers prescribe.

“It’s going to become the most unaffordable rental market in the country as the end of the year comes as rent prices and renters’ incomes are unable to keep up,” said Zillow economic data analyst Nicole Bachaud.

Wages in South Florida have increased a little, but not as much as the national average and not as quickly as rent increases, said Ken H. Johnson, real estate economist with Florida Atlantic University.

Wages and salaries grew by 2.9% in South Florida between June 2020 and June 2021, compared with 3.5% nationally, according to the U.S. Bureau of Labor Statistics. Meanwhile, the consumer price index for housing in the area rose by 3.5%.

“The wages that are being paid have little bearing on a worker’s ability to pay that monthly rent, “said Dr. Edward Murray, associate director with the Jorge M. Perez Metropolitan Center at Florida International University.

Service workers, the bulk of South Florida’s workforce, have received only a few dollars in wage increases per hour, while rents have risen steadily, Murray said.

To afford a place to rent, some people are turning to cosigners for a lease or adding a roommate to the mix, said Carolina Gerdts, executive vice presidnet for RelatedISG Realty.

The discrepancy between wage growth and rents has forced many renters to be “silently evicted,” Murray said — meaning they were forced to leave because they couldn’t afford a lease as the price increased, Murray said.