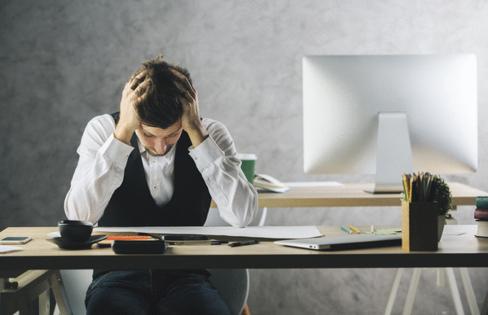 Bosses lean on the same workers, over and over again

Rob Cross, associate professor of global leadership at Babson College, studies the workday interactions of hundreds of thousands of workers at over 100 organizations, and he’s found that managers and leaders make one critical mistake.

You know how we all have our two to three favorite coworkers who always perform and speak our language? “Oftentimes, leaders really lean on their favorites,” he says. If you’re such a favorite, of course, this phenomenon can mean expanded responsibilities, more visibility to higher-ups and a faster path to promotion. It can also mean brutally long hours while your lesser-loved colleagues are home binge-watching TV.

As leaders climb the ranks, their workloads grow, Cross explains, and 5% of staffers end up shouldering one-third of the collaborative demands. This not only strains those favorites, but also shuts out other workers from involvement. Cross suggests that leaders scan their email and calendars for the job tasks to which they do not add any particularly unique value, and delegate those tasks to people beyond their favorites, who may be lower ranking. “This does two things,” he says. “It shifts the demands off of you, and also pulls in the talent that really wants to engage more.”

And if the boss doesn’t take Cross’ advice? As one of their favorites, you can calmly point out the overloading, and suggest some competent co-workers who might like to handle the next assignment.

How long should your work shift be?

With many workers having gained more control of their schedules during remote work times, it’s worth thinking about rest, taking breaks and when you feel most productive.

Traditional job shifts aren’t so optimal, says the American Academy of Sleep Medicine, which just released new recommended guidelines. For decades, federal and state laws have limited shift lengths in high-risk fields like trucking and nursing, but the mandated breaks seem adequate only if workers spend them mostly sleeping. And most workers spend their off hours doing things other than just sleeping, like commuting, eating, running errands and meeting familial responsibilities, meaning that they do not return to work fully rested. As the academy points out, off hours rarely align with workers’ natural sleep-wake cycles. “Such arrangements are not sufficient to curb risks to performance, safety and health,” write researchers.

Especially if you’re working from home, your employer likely won’t ask, but you can ask yourself:

1. What causes you to tire? Perhaps it's long hours on your feet or screen exhaustion or too many phone calls. Make a list.