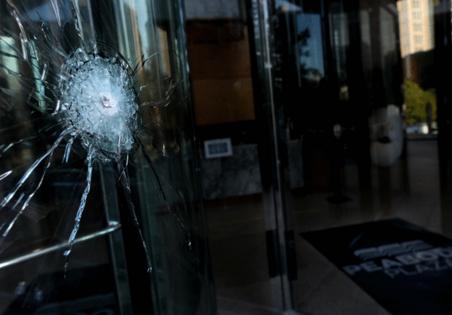 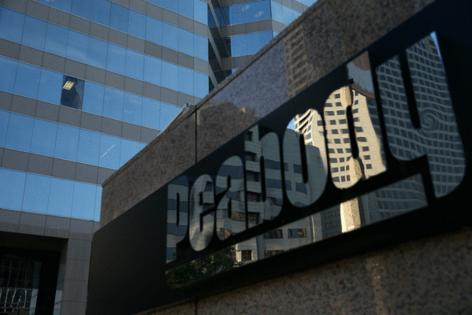 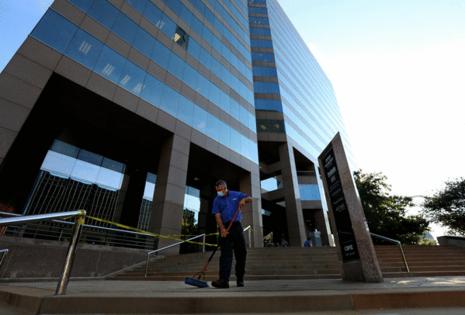 ST. LOUIS — Multiple large employers are considering moving their offices out of the downtown business district, city officials said this week, after more than a year of nighttime violence and gunfire that has struck buildings, broken windows and injured and killed people.

Just this summer, windows have been shot out at the Laclede Gas Building, One U.S. Bank Plaza, One Metropolitan Square and Peabody Plaza, said Alderman Jack Coatar, whose ward covers part of downtown.

"I've spoken to a number of large downtown employers who have indicated they are going to seriously consider not renewing leases," Coatar said Wednesday, based on recent conversations. "You want your workforce to be safe."

The owner of Peabody Plaza contacted the office of Mayor Tishaura O. Jones just this week saying that at least one of its tenants, Peabody Energy — the nation's largest private coal company and one of downtown's most prominent headquarters — has considered moving out, her office said, after multiple office windows there were broken by gunfire over the weekend.

"We're aware of the issues that are going on and how it's affecting both residents and businesses in the downtown area," Jones spokesman Nick Dunne said on Tuesday. "We're evaluating the possibilities for what we can do to step up public safety measures downtown so that we can mitigate instances like these."

Peabody declined multiple requests seeking comment. The owner of Peabody Plaza also declined to comment. Jones' office did not elaborate on its plans.

Businesses and residents have complained about downtown's woes for decades. Concerns have ignited anew during the pandemic, which has further emptied office buildings and entertainment venues. Several groups have pushed in recent months to close bars they deemed unruly, clear a crowded homeless encampment on North Tucker Boulevard, beef up security, and better coordinate regional efforts to boost downtown's fortunes.

The latest incident occurred Saturday night. Shortly before 10 p.m., police reported hearing multiple shots fired from the 700 block of Market Street, and saw "a large group of juveniles running away." At the intersection of North Eighth and Chestnut streets, officers found an 18-year-old with a gunshot wound to his leg. At least four Peabody Plaza windows were shot, and one shattered. An investigation into the incident was ongoing.

Just hours later and only yards away, officers responded to another shooting that left three victims, all in their early 20s, hospitalized with gunshot wounds. Police reports said that the victims were standing near their vehicles on Market Street, between North Eighth and Ninth streets, when they heard shots coming from the Citygarden Sculpture Park, directly across the road from Peabody Plaza. Officers encountered "a large, hostile crowd of approximately 100 individuals," and called for help.

Dan Pistor, a downtown resident of 15 years and a chair of the safety committee for the St. Louis Downtown Neighborhood Association, said that complaints revolve around large groups of young people who gather in Kiener Plaza almost every weekend and that disruptive behavior is reaching "the point where it's having an economic impact on downtown."