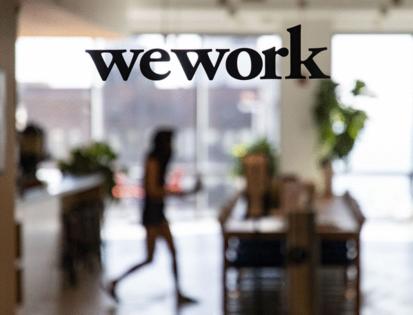 After creative agency Grip gave up the lease to its office in the East Ukrainian Village last June due to the COVID-19 pandemic, its Chicago employees started working remotely. As the pandemic’s outlook started to improve, the team began scouting co-working locations as an alternative to traditional office space. They joined Platform’s Wicker Park office this month.

Six of the team members initially planned to work at the co-working space twice a week, but they’ve scaled back to once a week in part due to concerns about the delta variant. They like that Platform’s location gives them the option to collaborate in-person when necessary or just get out of the house when needed.

“I don’t think there’s immediate plans to go back to a permanent office space because remote has really been working out for the nature of our work and our team,” Maura Ford, the team’s project manager, said.

As the pandemic forced employees and businesses to work remotely over the last 17 months, the idea that workers need to be together in an office has eroded. While some people have embraced working remotely completely, others are looking for a hybrid format. With the delta variant delaying many companies’ plans to return to the office, co-working spaces have become part of the long-term solution.

Requests for desks and private office space at Ampersand in Logan Square started soaring after pandemic-related restrictions in the city started to ease, and it’s continued throughout the summer, according to community manager Kristine Sorum-Williams. Membership has ballooned as well, doubling to 40 active members since April. It’s been driven mostly by individuals, but some groups and companies have also reached out.

Things have also started picking up at WeWork with the addition of its All Access and On Demand products. The former is a monthly membership that allows access to any location at any time, while the latter is a pay-as-you-go model for those looking for workspaces by the day or hour. From June to July of this year, All Access in Chicago grew 30% and On Demand grew 43%, according to Chris Ferzli, global head of public affairs.

From the beginning of the year up until May, small- and medium-sized businesses accounted for the majority of members returning; over the last two months, larger enterprise businesses have started to return. The resurgence has been driven by individuals and businesses coming back to offices as well as new members signing up.

The company is also partnering with the Chicagoland Chamber of Commerce by providing its members with incentives that make it easier for them to access co-working space as they chart a return to work. WeWork has 10 locations in Chicago and is opening two new ones this December and in April 2022.

Other co-working companies have also signaled a greater presence in the Windy City. Expansive opened its new location, its third in the Loop and sixth overall in Chicago, on Thursday. Crain’s Chicago Business reported that Industrious is closing in on a deal to open a location in the Marshall Field building, but Industrious did not comment on that report.

The growing expansion by companies points to a belief that co-working will continue to grow. This is driven in part by some companies reevaluating the need to continue leasing office space, while others are embracing remote or hybrid work.

While things seem busier at Platform’s Wicker Park and Ravenswood locations since the beginning of 2021, both revenue and membership are lower when compared to the first quarter of 2020, owner Jeff Park said. He believes this may be due to the rate of sign ups rebounding during the summer months. The company was formed in 2012, but the idea behind it originated in 2007 through a Craigslist ad as a way to break up the monotony of working at home.

Between both locations, there are 20 offices, 80 work stations and 150 active members at the moment. In Wicker Park, individuals account for the bulk of visits while groups of two or more and teams come a few times a month.

Although Park feels there is a general consensus in the growth of co-working, he says it’s too early to make any prognostications about where things are headed. If employers allow people to keep working remotely, he can envision a situation where people decide to join a space like Platform. But many employers are also demanding that people come back as soon as possible. And if things get worse with the delta variant and heightened restrictions are set in place, he believes people may be leery of going to any enclosed space. He’s also unsure whether his current membership count will be sustained through fall and winter.

Despite all of the havoc the pandemic has brought, it has pushed discussions about how and where work should take place to the national stage. With it has come greater awareness of co-working spaces as a whole.

“It took the disruptions of 2020 for people to kind of rediscover that the neighborhood co-working spaces were always there and they never left,” Park said.