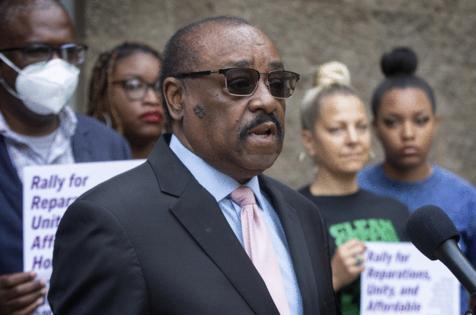 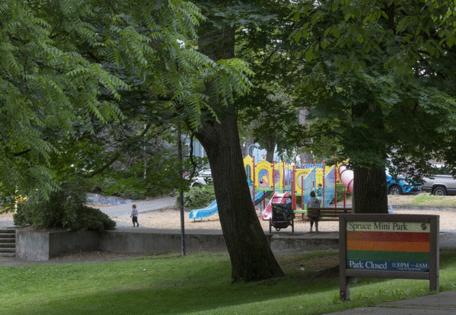 Jeffrey's New Hope Missionary Baptist Church once owned a nearby plot of land in what is now the Spruce Street Mini Park. In 1969, as Seattle planned to create the park, the church sold the land rather than face the possibility of the city seizing it through eminent domain. Then and now, church leaders said they were pressured into the sale.

Today, Jeffrey is pushing the city to return the property or pay its current value toward the church's housing projects.

"Valuable land was taken from the church and from other citizens on this block and in this community. What we want today is to begin the process of quantifying the damage done," Jeffrey said during a news conference at the church Wednesday.

The call to return the land follows a year of racial justice protests and renewed calls to address discrimination, racial wealth gaps and reparations.

A pioneering policy in Evanston, Illinois, for instance, will provide housing grants to Black residents whose ancestors were affected by redlining and other practices. In Seattle, the city said last year it would transfer three Central District properties to Black-led organizations, including the old Fire Station 6, where Africatown Community Land Trust plans a center to support Black-owned businesses.

Mayor Jenny Durkan has not directly addressed whether she would support transferring the land.

Spokesperson Kamaria Hightower said in a statement the city has been "evaluating the previous city ordinances, federal and local restrictions on the property, and funding opportunities in order to work in partnership with New Hope on new affordable housing in the community."

Restrictions from that time limited future sale and use of the land without state or federal approval, according to the mayor's office. Seattle law also bars the transfer of park lands unless the city holds a public hearing and finds that the transfer is necessary.