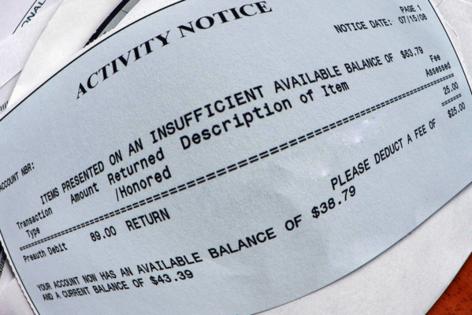 Overdraft fees remain a moneymaking machine for banks and a devastating financial gotcha for poor families and communities of color.

Some consumers lose enough money in just one day to cover a monthly utility bill. Think about that one for one minute.

Many vulnerable consumers just don't have a financial cushion to absorb those kind of losses. At the extreme, some end up seeing their checking accounts closed after accumulating overdraft fees and dealing with ongoing negative balances.

Many well-off consumers who can pay few fees — or even get a fee waived — don't get too excited about the overdraft debate. Some judge others, maintaining that people should learn how to balance their checkbooks.

But overdraft fees are generating sizzle this summer as the political pressure heats up.

During the coronavirus crisis, many struggling consumers felt that banks could have offered them more financial support but didn't, said Peter Smith, senior researcher at the Center for Responsible Lending.

"People across the country have gotten tired of overdrafts," Smith said. "It feels increasingly punitive."

The Rolling Stone weighed in last month after U.S. Sen. Elizabeth Warren slammed Jamie Dimon, the chairman and CEO of JPMorgan Chase, over how the major New York-based bank generated nearly $1.5 billion in overdraft fees during the pandemic last year.

During a Senate committee hearing in late May, Warren, D-Mass., heatedly asked Dimon: "Without that overdraft money, would your bank have been in financial trouble?"

Dimon responded coolly: "We waived the fees for customers upon request if they were under stress because of COVID."