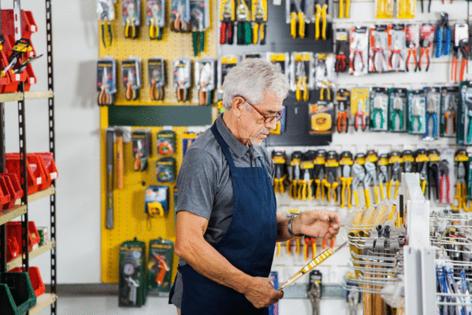 If you’ve saved well enough to retire, but can’t quite decide which you’d enjoy more — retiring now or continuing to work — there’s a piece of research that suggests you might live somewhat longer if you keep working.

This only applies to men; working longer doesn’t seem to deliver a similar health boost for women.

There has long been oodles of academic research to support the notion that people who continue to work longer live longer. But is that simply because people who are healthier in their early 60s are able to keep working? It has been unclear whether the work itself leads to better health.

Now, according to the Center for Retirement Research at Boston College, continuing to work in one’s early 60s seems to increase the health of men.

Researchers were able to tap into a real-world database. For a few years beginning in 2009, the Dutch government offered a tax credit to workers (across all occupations) who were age 62 if they kept working into their mid-60s. Those who chose to keep working were then tracked for a few years to measure their mortality rate. The researchers were able to use the raw data to build a model in which they could eliminate the impact of other potential reasons people might stop working, such as income level and whether they didn’t like their job.

What they found is that the odds of dying within five years dropped from 8% to 6% for men who worked from 62 to 65. In practical terms, that only added two months of longevity during that stretch, but that was just for the short period studied (from the ages of 62 to 65). The researchers note that if there is a continuing effect of working just a few more years, men who work longer could end up living an additional two years.

In addition to the longevity boost, working longer for men — and women — is one of the most effective ways to squash financial worry demons. Every month, or year, you continue to work is a month or year where you can put off tapping retirement income sources.