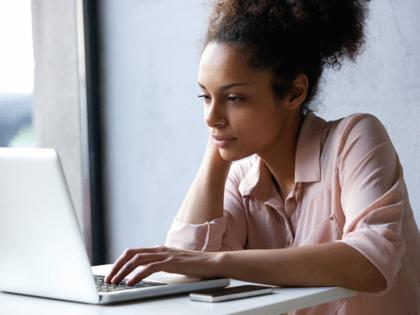 Being smart enough to know what you don’t know pays off when it compels you to learn more or seek out expert help. But when it comes to money, research is finding that women seem too quick to say, “I don’t know,” and this lack of confidence can hold them back financially.

A survey last year by researchers at George Washington University and the educational arm of FINRA (a self-regulatory agency) found nearly half of women investors chose the “I don’t know” option on at least one-third of questions testing their investment knowledge. About one in four men chose “I don’t know.”

No surprise then that among men who attended college, had at least $100,000 in investments and income of at least $75,000, 57% said they are confident making investment decisions vs. 45% of similarly situated women.

Men, in fact, on average score higher on tests that explore core financial concepts such as how interest rates (compounding) work, the impact of inflation and the concept of risk diversification.

But new academic research suggests women know more than they realize. A study asked participants to answer three questions — about interest, inflation and risk — considered key to measuring financial literacy. It was multiple choice, including the option, “I don’t know.” Six weeks later the questions were asked again, but in this round, participants didn’t have the option of choosing “I don’t know.”

On all three topics, men scored better than women in both phases. But when women were forced to make a choice other than “I don’t know,” they tended to answer correctly, and the gender gap narrowed.

On the compound interest question, in the first phase, 92% of men answered correctly vs. 84% of women. Nearly 7% of women chose the “I don’t know” option, twice the percentage of men who punted.

In the second quiz, nearly 95% of men answered correctly compared to more than 91% of women. The gender gap narrowed on the two other literacy questions too.