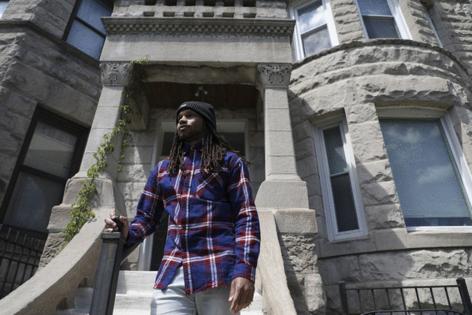 On the city's North Side, Lincoln Park lost 16% of these small residential buildings between 2013 and 2019. In North Center, the losses totaled 14%.

On the South Side, the Oakland community area lost about 11% of two- to four-flats and in West Englewood nearly 7% disappeared in the same time frame.

In high-cost communities, the buildings often were replaced with single-family homes. In lower-cost neighborhoods they were often demolished, leaving behind empty lots.

The changes to Chicago’s housing stock, detailed in a new study from the Institute for Housing Studies at DePaul University, show the ripple effects of increased demand for expensive single-family homes in high-cost neighborhoods the study found often comes at the expense of affordable housing large enough for families. In neighborhoods where buildings were razed but not replaced, the findings highlight the need for investment in existing properties and in the broader community, the study concluded.

Two-, three- and four-flats historically have been an accessible, income-producing homeownership opportunity and a key source of lower-cost, family sized housing for renters. Once lost, they are hard to replace with similarly large, affordable units, the study found.

“Why is there an affordability crisis in Chicago? It’s not that there is a lot more low-income people coming to the city or living in the city,” said Geoff Smith, executive director of the institute. “It’s actually that there’s a loss of supply of those low-income units. And this component of the stock, the two- to four-unit buildings, is really important to that affordable supply.”

The study comes as Chicago grapples with a shortage of nearly 120,000 affordable homes, according to a September report from a city task force. Aldermen have approved several measures aimed at protecting affordable housing in rapidly gentrifying areas near The 606 and Pilsen. They also approved a new affordable requirements ordinance that tightened rules requiring affordable units when developers put up large buildings.

DePaul’s study found that between 2013 and 2019 Chicago lost 11,775 units in two-, three- and four-flats, or 4.2% of all units. Nearly three-quarters of them were replaced with single-family homes or are no longer used for housing, with some becoming vacant lots, the study found.

In higher-cost neighborhoods, the loss of two- to four-flats to single-family homes can make those areas more exclusive, as homes for low- and moderate-income families are replaced with homes for higher-income or smaller households, Smith said.