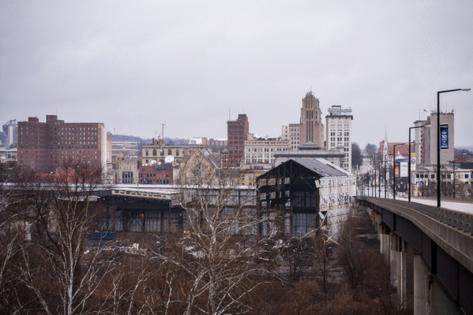 The housing bust may seem a distant memory in most places, but there are still communities in the Rust Belt and in the South with high numbers of underwater houses. That is, homes on which owners owe more than the market value.

The owners of these homes are effectively trapped. If they sell, they will have to write a check to their mortgage lender, get the lender to accept less than 100%, or declare bankruptcy. None is a great option.

A decade ago, cities everywhere had thousands of underwater homes. Soaring property prices fixed the problem in most places. Cities with some of the biggest price increases, like San Francisco or Seattle, now have the reverse: large numbers of homeowners awash in equity.

Unless you’re bottom fishing, a market with significant numbers of underwater homes should make you pause and consider. Upkeep sometimes suffers, which can hurt resale prospects for nearby homes. And an area that, roughly 15 years after market peak, is still languishing mightn’t be the most likely to show rapid appreciation in coming years. Equity-rich areas, meanwhile, often reflect years of steady price increases and a constricted supply that, unless the housing shortage is solved, could continue to push values upward.

In Baton Rouge, La., 14.2% of homes were seriously underwater (loans totaling at least 125% of home value) in the fourth quarter of 2020, according to ATTOM Data Solutions, a real estate analytics firm.

Some neighborhoods and smaller towns are in even worse shape than these cities. In 81 ZIP codes, at least a quarter of homes are underwater, ATTOM Data found. The worst rate (79%) was in Paradise, Calif., devastated by a 2018 forest fire that killed 85 people and destroyed most of the housing in the town; it’s possible long-delayed insurance settlements will greatly reduce that figure.

Underwater homes are declining in most cities

Overall, the number of underwater homes is declining steadily. ATTOM Data said that 3.2 million homes — one in 18 mortgaged homes — were considered seriously underwater in the fourth quarter. That represented 5.4% of all U.S. properties with a mortgage, down from a 6.4% underwater rate a year earlier.

The underwater statistics underscore the uneven economic rebound over the past decade. Cities that are meccas to young, highly educated workers like Portland, Maine, or Boise, Idaho, have seen their real estate prices take off in the past decade. Former manufacturing strongholds like Youngstown and Scranton continue to languish. Cities’ housing prices are almost always a mirror of their local economies.

The coronavirus-induced recession last year only accentuated that trend. Cities with rapidly rising real estate prices tend to have higher numbers of workers who were able to work from home during the pandemic and were thus less affected. Six of the 10 states with the biggest increases in equity-rich homeowners were in the West, ATTOM Data calculated. In California, 46.1% of homeowners now have houses worth at least twice the amount owed on them. In San Francisco’s 94116 zip code, the rate is 79.3%.

Even cities far from the housing boom are seeing growing numbers of equity-rich homeowners. In Syracuse, for example 29.3% of homeowners have homes that are worth twice what is owed on them. In Scranton, that rate is 24.2%; in New Orleans, 21.9%.