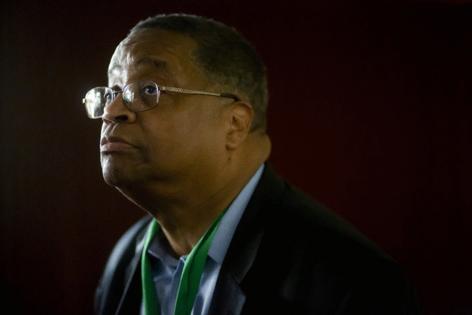 Marlene Smick remembers sitting in the back seat of her parents' car in 1958 as the family spotted an open house sign in Seward Park. Smick's father, a second-generation Japanese-American who had been incarcerated during World War II, rolled down the window to ask about the property.

For many families across the region and the state, memories of housing discrimination and segregation are still clear. In some cases, that racism is still part of the public record.

Racial covenants prohibited people of certain races, nationalities and religions from living in certain neighborhoods until housing discrimination was outlawed in the 1960s. The language hasn't been legally enforceable in decades, but remains in old property records.

University of Washington researchers have investigated such covenants before, finding language affecting about 20,000 properties in King County. But they believe many more could still be on the books, said UW history professor James Gregory, who has led the research.

A bill state lawmakers passed this month directs UW and Eastern Washington University to search for more covenants and notify property owners when their homes are affected. Each university will get $125,000 a year for two years to fund the research. UW researchers will comb through records in King, Pierce and Snohomish counties. EWU will search in 20 counties east of the Cascades.

"Most folks really just aren't aware this kind of language exists in their documents," said Rep. Javier Valdez, a Democrat who represents northeast Seattle and sponsored the bill, which was backed by Realtor lobbyists. "Once they become aware, they want to do something about it."

The language is painful, even if it's no longer enforceable, Smick said.

"That was a real hurtful time in our history and so I just think it should be taken off so we don't have to be reminded of it," she said.

The new legislation restarts the project of uncovering and raising awareness of the racist language in a region that may think of itself as exempt from the the kind of segregation that was common in the American South, but where housing discrimination was pervasive. The effort also raises questions about whether policymakers and the real estate industry should be doing more to address the lasting effects of housing discrimination that reach far beyond the covenants.

Families who don't normally file a tax return will need to pay close attention to a new online tool from the IRS.

Their tax bill is accelerated under new law

Of the many changes wrought by the SECURE Act of 2019, one of the most significant governs how those who inherit retirement ...Read More

Overdraft fees remain a moneymaking machine for banks and a devastating financial gotcha for poor families and communities of color.

Q: If you wear a mask to a restaurant, when should you take it off and where do you put it?

A: When it comes to mask etiquette at a restaurant, my personal protocol is to always err on the side of safety and to follow ...Read More