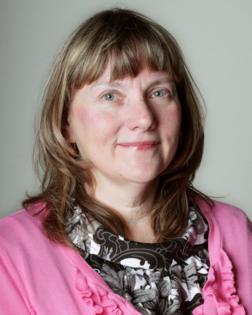 Kate Kleinert never imagined she would ever rush to a store to buy gift cards to fix somebody else's string of problems.

First, there was the young teen who lost her mother a few years ago, found herself in a boarding school in London and needed motherly assistance — and a $100 gift card — as she developed into a woman.

Then, the teen's father Tony needed to hire a lawyer — and get ahold of several thousand dollars — to get out of a work contract overseas so that he could return to the United States to be with Kate.

Kleinert is a kind, compassionate woman, and generally skeptical. She never imagined she'd feel an emotional spark like she did last summer when Tony sent her a friend request on Facebook during the pandemic.

"Normally, I don't reply to those but there was something about him that spoke to me," said Kleinert, 68, a retired executive secretary whose husband died in 2009 at their home in Glenolden, Pa., outside Philadelphia.

Tony always seemed to know how to say the right things.

He gave her access to see his Bank of America online account, for example, to prove that he could be trusted and he'd pay her back soon. She saw that he had more than $2 million sitting there in the bank. He just needed her to help him deal with a payment while he was overseas.

She thought she was managing OK after being a widow for 11 years. She had been married a long time, though, and missed her husband. Tony seemed like the real deal.

Her husband Bernard was a Teamsters Local 500 shop steward, according to his obituary online, worked as a tractor trailer driver and also drove a school bus where he knew the names and stories of each child on his bus.

The couple enjoyed fostering rescue collies. They had been married 26 years. They never had children.

Families who don't normally file a tax return will need to pay close attention to a new online tool from the IRS.

Their tax bill is accelerated under new law

Of the many changes wrought by the SECURE Act of 2019, one of the most significant governs how those who inherit retirement ...Read More