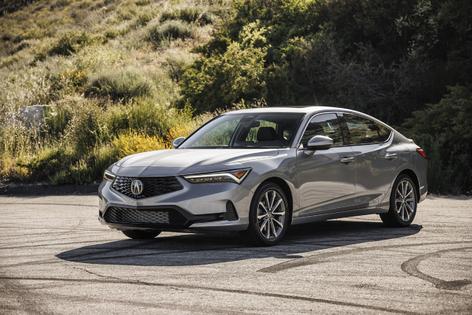 Certain models define a brand. What would Chevrolet be without Corvette? Ford without the F150?

Acura once had a model like that -- the Integra.

And now it does again.

Both cars are similar mechanically, being powered by the same 200 horsepower 1.5-liter turbocharged engine, paired with a six-speed manual transmission or a CVT automatic -- but the Acura version is (interestingly) a five-door hatchback, while the Civic Si is a four-door sedan.

It's interesting because the hatchback layout nearly doubles the Integra's available space for cargo, making the Honda the less practical car of the two.

Once upon a time, Chevy's Blazer was a full-size 4x4 -- this was before there were "SUVs" -- and it came standard with a V8 engine. It has since gotten smaller -- and it's now a crossover.

Similar to so many others.

The saying goes that you cannot eat your cake and have it, too. But what if you could?

Plug-in hybrids like the Jeep Grand Cherokee 4xe can be electric vehicles -- without the problems that beset electric ...Read More

Here's something that's hard to find: an electric version of a car that costs less -- at least to start -- than the engine'd version of the same car.

That would be the Mercedes EQS.

But there might be a reason for that ....Read More

No one makes the six-passenger full-size sedans Americans used to take for granted that also had room in their trunks for six peoples' things, and -- if there wasn't enough room for that -- could also pull it behind them. ...Read More